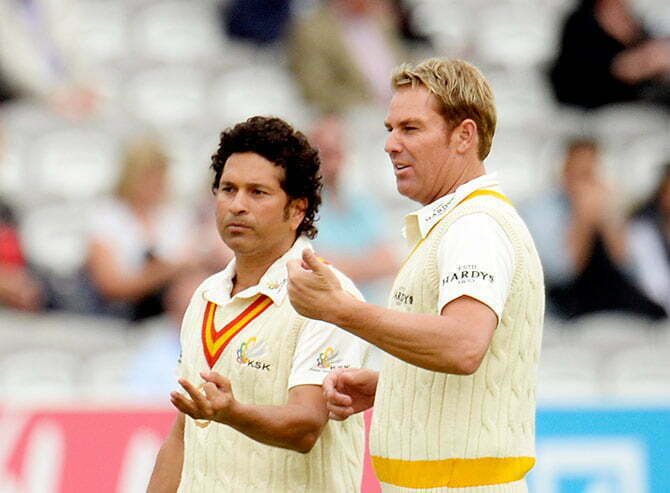 The Master Blaster, Sachin recalls Shane Warne – The Australian Legendary Player, who died of a heart attack earlier this month at the age of 52. It’s worth noting that Tendulkar and Warne had fought one other in countless epic cricket bouts and had a solid friendship and mutual respect off the field.

After the 2021 edition of the Indian Premier League, the 48-year-old remembered seeing Warne in London (IPL). In terms of Warne’s spectacular career, the 52-year-old took 708 wickets in 145 Test matches, and he still holds the record for being the second-highest wicket-taker in the globe (Tests).

Tendulkar remembers the late leg-spinner in a meeting with another cricketing icon, Brian Lara.

“I flew to England after the last IPL to spend some time in London, where we reconnected and also arranged a round of golf.” It was enjoyable. There was never a dull moment while Shane was around. He was full of fun and jokes.

I realised that it wasn’t just the spin but also the swing that came easy to him during our short skirmishes. He was an excellent golfer. I despise using the word “was” because it implies that we must accept what has occurred. Tendulkar said in a video on his YouTube page that “he will continue to live in our hearts.”

“I enjoyed seeing him in person in London, but even after that, I recall sending him a note when he was involved in a bike accident. I said, “I hope you are okay.” No, he responded, I just went for a ride on my bike and it skidded, injuring me, but I should be alright.

See also  IPL 2022 – RCB vs. CSK: RCB’s Reason Behind the Black Armband during the Match

So I told him that he could spin the ball all he wanted, but pulling out his bike for a spin wasn’t a good idea, my friend. And he replied that he had been on painkillers for 4-5 days and that he was well,” he continued. Sachin recalls Shane Warne and cherishes the fun moments they spent together.