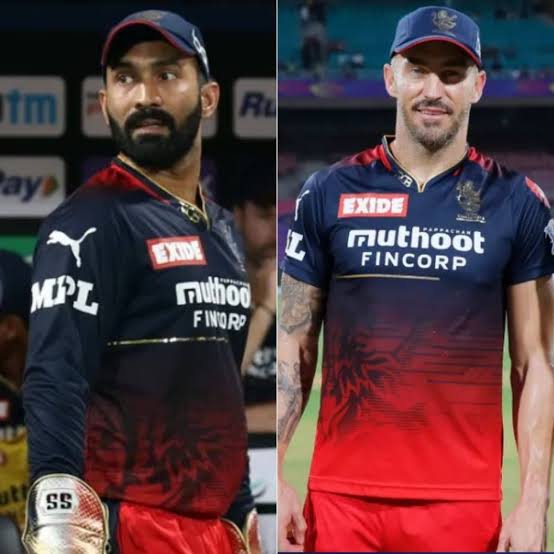 Batting first KKR scored only 128 runs, very disappointing batting performance. It was look like easy target for RCB but they lost few quick wickets early. The partnership between Sherfane Rutherford and Shabaz Ahmed turned the match for RCB. Varun Chakraborty broke the partnership then Southee took dangerous Rutherford ‘s wicket. RCB needed 15 runs in the last two overs but experienced Dinesh Karthik was very calm and composed. In the last over he hit a six and a four against his former teammate Russel.

“In an ideal world, we would’ve liked to have won more convincingly but a win is a win. DK’s experience helped in the end, cool-calm, runs weren’t never really too far away. DK is as close as it gets to MS Dhoni when it comes to being ice cool,” said Du Plessis after the match.

He also said “Very happy (with the win). Close small margins game are very important at the start. Chasing a small score, we just tried to be positive and not leave it late but very good bowling from their (Kolkata) seamers,”

“The ball swung a little more earlier but today there was seam and bounce. Two three days ago, it was 200 and today it was 130. We would like to be more convincing. Just the experience. The runs were never a problem. We just needed to have wickets in hand.” said Du Plessis on the difference between previous match and this match.

See also  It would be the biggest win of my career: Elgar

Talking about his teammates Du Plessis said “I rely on other people for help. We have great people in the camp. There is good communication in the group. The guys have been great. They have been supportive. They are coming to me with ideas.”