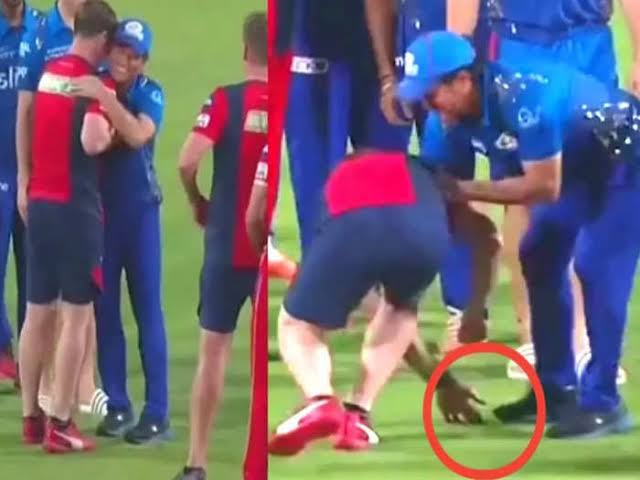 Playing for South Africa Jonty Rhodes scored 2532 runs in test and 5935 runs in ODI. He was famous for his fielding at point and cover position of the ground.

Sachin Ramesh Tendulkar known as God Of Cricket. He changed Indian cricket to another level. Playing for India he scored record Test and ODI runs. He became first batsman to score hundred centuries and first double hundred in ODI.

This was not rare for cricket fans. There were so many times when cricketers touched feet of Little Master. In IPL 2014 after end of the match between Kings XI Punjab and Mumbai Indians Virender Sehwag touched feet of Sachin. Again in 2014 a one-day match celebrating the bicentenary of Lord’s Cricket Ground in 2014. Yuvraj Singh was playing for the Rest of the World. During this match Yuvraj touched his icon’s feet.

Emotional Virat Kohli touched feet of Sachin on the last day before he bid adieu in international cricket, in the locker room wrote Sachin Tendulkar in his autobiography ‘Playing it my way’

Watch: Baby AB Dewald Brevis Bashed with Consecutive Sixes off Rahul Chahar’s Over – IPL 2022 MI vs. PBKS
IPL 2022: I can be the best finisher for India : Riyan Parag