“Virat Kohli wouldn’t have scored much if I played against him”: Shoaib Akhtar – IPL 2022 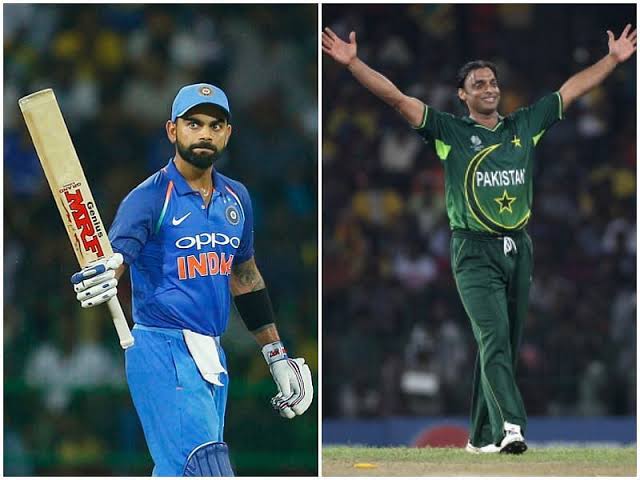 His highest score in IPL 2022 was 41 and 48 against Punjab Kings and Mumbai Indians. And totally he has scored 119 runs with an average of 23.8 in the six games.

All cricket fans wish for an inter-generational battle which is always an interesting topic. What would have happened if Kohli played against the Pakistan legend? But Kohli never faced Akhtar at any international game.

Speaking on Breakfast with Champions in 2017, Kohli said no batter would face former Pakistan pacer, Shoaib Akhtar when he is at his peak.
“I’ve never faced Shoaib Akhtar but I’ve seen him in a game in Dambulla against Pakistan. I got out, (so) I couldn’t face him. But I saw him bowl and he looked very lethal even at the later stages of his career. At that time, I felt (that) batsmen would not have wanted to face him when he was at his peak.”

After 5 years, while conversing on an IPL 2022 game on Sportskeeda, former Pakistan pacer Shoaib Akhtar told Virat Koli wouldn’t have scored much if he played against him.

“It’s a performance-based IPL franchise model. No one will be spared, not even Virat Kohli. Even he can be dropped if he does not perform. Some of the things I can’t even say now. Not one but there are 10,000 things going on in his head,” Akhtar said.

“He is a good person, a good player, and a great cricketer, but I want him to just focus, on one thing at a time. Consider yourself as an ordinary player, pick up your bat and just play. People have already started pointing fingers at Virat Kohli and it’s dangerous,” he added.