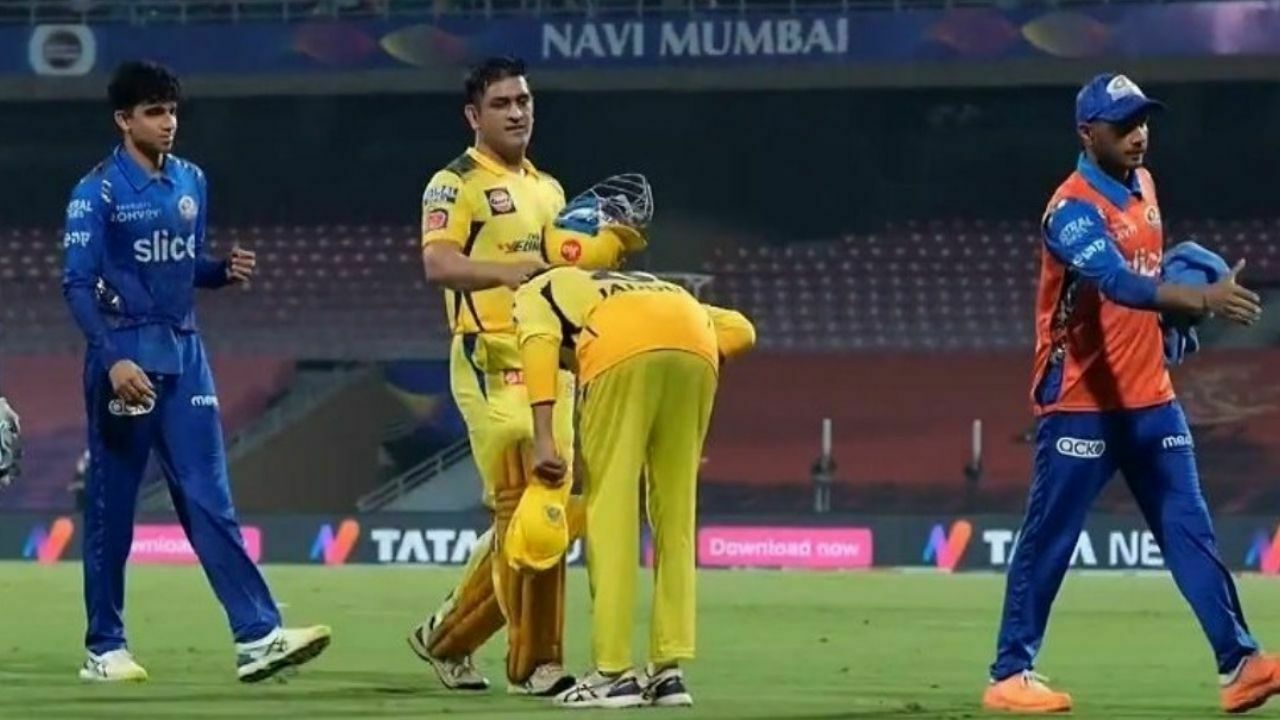 Chennai and Mumbai have faced each other in 33 matches in IPL. MI vs CSK is called ‘El Clasico’ of the Indian premier league. Out of these 33 games, Chennai has won 14 whereas Mumbai has come out victorious in 19 matches. On April 21 Thursday, the most expected match between arch-rivals Chennai Super Kings and Mumbai Indians was held at DY Patil stadium in the 15 edition of IPL 2022. Both CSK and MI fans were with great excitement even though the quality of the game was not as expected.

MS Dhoni’s late flourish helped Chennai Super Kings defeat Mumbai Indians by 3 wickets.  As for MI, the loss once again sums up their campaign. They have been good in patches. It was a massive must-win game for MI as they have already lost all 6 games in a row and this defeat will hurt more.

Mumbai Indians scored 155 for 7. Mukesh Choudhary cut off through Mumbai Indians’ top order to remove Rohit Sharma and Ishan Kishan for a duck in the power play. He then removed Dewald Brevis for 7, reducing Mumbai scoring 23/3 in the first three overs. Tilak Varma notched up a brilliant half-century to save Mumbai from the uncertain position. Tilak Varma top-scored with 51 not out from 43 balls while Suryakumar Yadav got off with 32 for 21 balls and finally, Mumbai Indians posted 155 for 7.

CSK chased down the target of 156 on the final ball with MS Dhoni hitting the winning runs. Mumbai Indians also started by taking the opener for a duck after which the steady partnership from Uthappa(30 off 25) and Rayudu(40 off 35) got the team nearer to the target. The quick cameo from Pretorius(22 from 14) was very crucial in the end and the classic finisher MS Dhoni(28* off 13) finished the match with a boundary on the last ball!

See also  Focus is to host IPL in India: Sources

Dhoni finishes off in style:

Dhoni is back on strike now with a demand of 16 runs in 4 balls after Dwayne Bravo.  It was a six with consecutive boundaries in 19.3 and 19.4 overs.  In 19.5 Dhoni took 2 runs very full and on the pads, whipped away into the gap at deep mid-wicket. The boundary is needed off the final ball and here it’s FOUR! Dhoni puts it away. That is why he is the best finisher in the world, Dhoni is an absolute beauty.

Chennai Won the match on the last ball by 3 Wickets. Absolute thriller as expected.