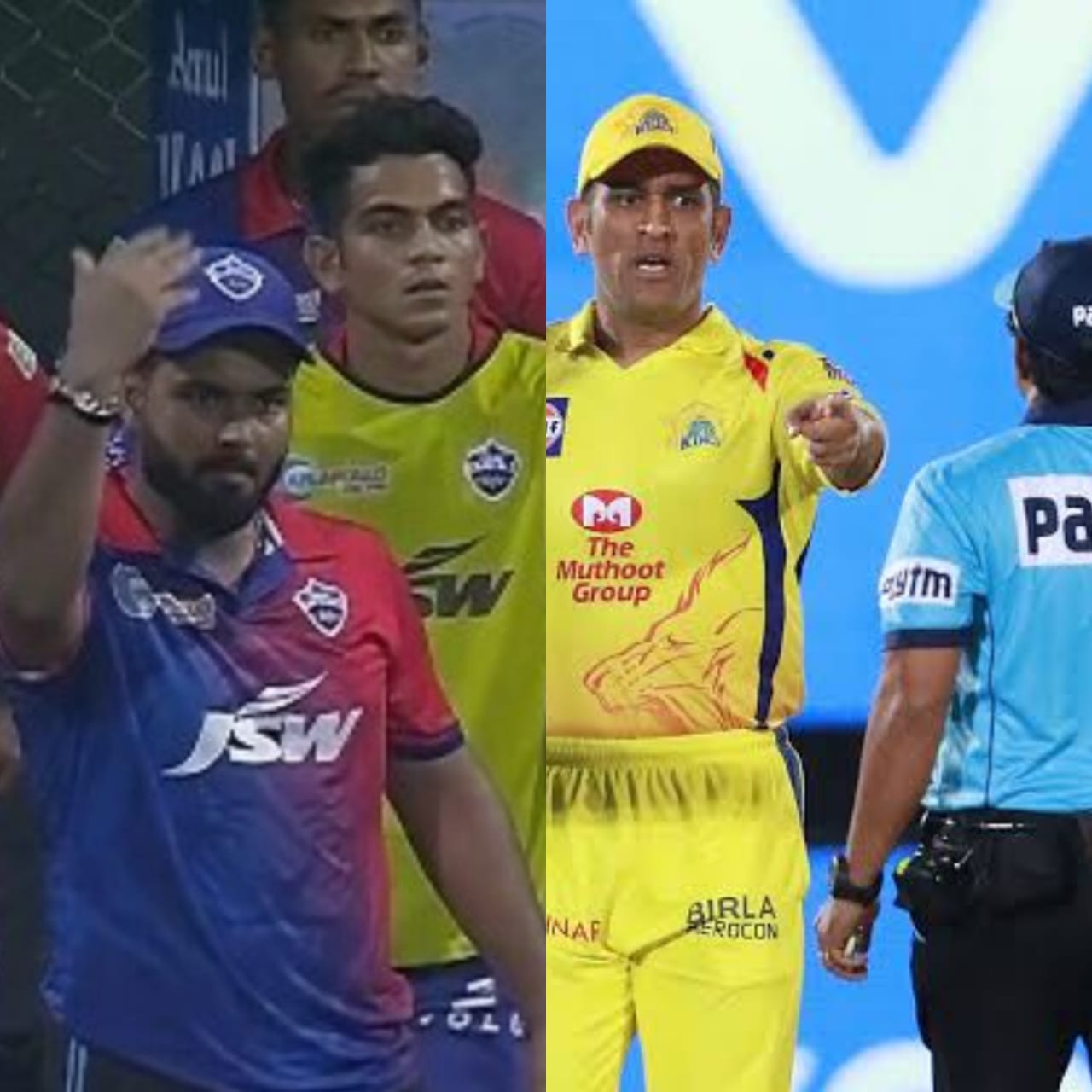 Delhi Capitals skipper Rishabh Pant made trending news on Friday evening for controversy on a No-Ball during the final over of the RR vs DC IPL 2022 match. This scene happened in the 19th over, when RR’s bowler Obed McCoy bowled a waist-length high full toss to Rovman Powell, although he hit six from that delivery.

Delhi Capitals skipper and all others in the dugout wanted the delivery to be checked through the 3rd umpire and change the decision. But the umpire dint accepts it as a No-Ball. Rishabh pant got furious and wanted the players to come back. He also sent the assistant coach Pravin Amre to the field to convey to the umpire. The game was halted for a while and both the teams were fuming with anger. Things settled down and the match resumed. But the batter could not perform with the remaining 3 balls. DC fell short by 15 runs and DC lost against RR.

Fans compared Rishabh Pant’s reaction to that of MS Dhoni during a match in IPL 2019, interestingly against the same team, Rajasthan Royals.

Chennai Super Kings needed 18 runs in the final over of the match. On the fourth delivery of the over, RR’s Ben stokes bowled a high full toss to Mitchell Santer on batting. The ball was first adjudged as a no-ball. Later the decision was changed after consulting with the square leg umpire. Unexpectedly Dhoni got furious and entered the ground and argued with the umpires for a while. But there was no change in the decision. CSK Finally won that match by four wickets.

Sachin Tendulkar and Sunil Gavaskar : When Two Legends Meet And Greet | IPL 2022
Virat Kohli needs a break for a month or two to refresh his mind – Wasim Jaffer