MI vs LSG: Sunil Gavaskar pointed out Ishan’s mental attitude in the game and also his struggle against short pitch deliveries which will be a trouble on bounce-rich pitches in Australia and South Africa. 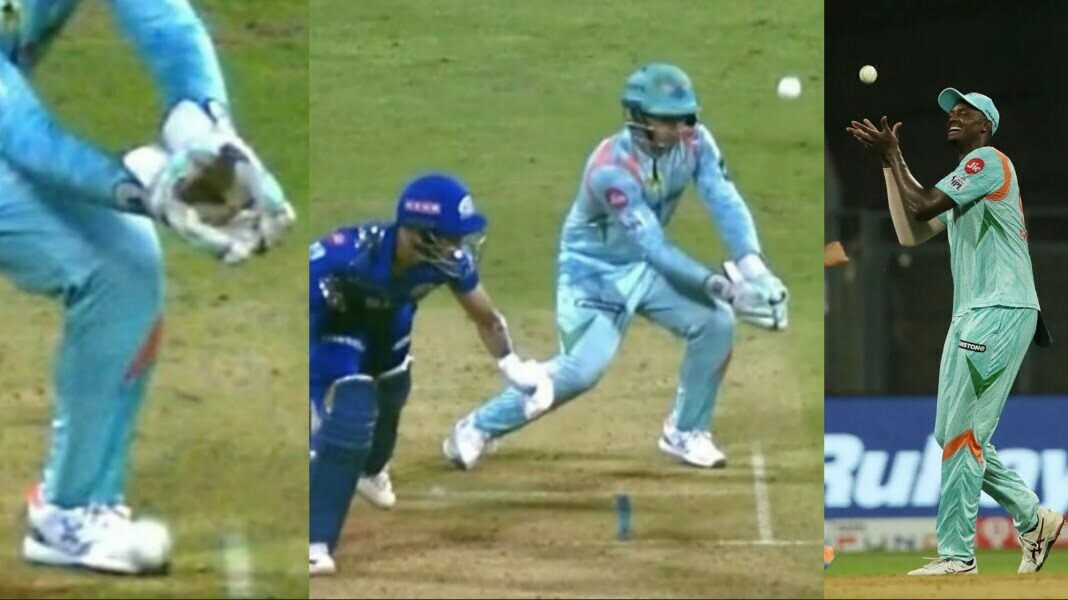 Former India captain Sunil Gavaskar on Sunday, April 24 said Ishan Kishan is obviously weak against short balls. He will be in trouble on bounce-rich pitches in Australia and South Africa. Sunil Gavaskar commented after Ishan Kishan was hit on the helmet by Dushmantha Chameera. This happened at the 2nd over of the match between Mumbai Indians against Lucknow Super Giants. Ishan was not attentive to the rising ball and was struck on the helmet. Already, it happened earlier this year during a T20I match against Sri Lanka as he was hit on the helmet.

MI bagged Ishan Kishan for INR 15.25 crores in the mega auction IPL 2022. Ishan started with a good score in IPL 2022, hitting two fifties on the trot, but has struggled later. Totally Ishan Kishan has registered with a score of 199 in all 8 matches this season. However, in the match MI vs LSG, he struggled and scored only 8 runs from 20 balls, putting pressure on his opening partner and skipper Rohit Sharma, who made 39 off 31 balls.

Ravi Bishnoi, in the eighth over, cut short his struggle at the crease with a bizarre dismissal.  Ishan Kishan tried to smash a short and wide delivery on the leg side. The ball bounced off keeper Quinton de Kock’s boots and Jason Holder took the rebound.

Gavaskar was disappointed with Ishan’s mental attitude in the game. Gavaskar also pointed out that he did not wait for the referral and just started walking off before being stopped by the umpire.

“He had a miserable time. He just walked off because he had a miserable time. So he just wanted to get out of his misery. Generally, batters, when they have ripped the ball off the middle-edge of the bat, and caught and first slip, they would wait. But here’s a man, who hit the ball down, maybe even hit the turf he was not interested, he was just walking until the umpire asked him to wait. So it was just the mental situation he was in,” Sunil Gavaskar said on Star Sports after Mumbai’s loss against LSG.

The former Indian cricketer feels that Ishan is not good against shorter deliveries. And he will find it tough in Australia with bounce-rich pitches, where the next T20 World Cup will be held later this year.

“Maybe he was rattled by the blow he got in the last match on his helmet and it is actually not a good sign because in places like Australia or South Africa there is extra bounce and with his propensity to go there and do nothing about it, he will just be a rabbit caught in the headlights. Every fast bowler is just going to bang it over there. Nobody will pitch it up because that’s where he likes. Anything below the waist he will smack it, but above, he is struggling at the moment,” Gavaskar opinioned.