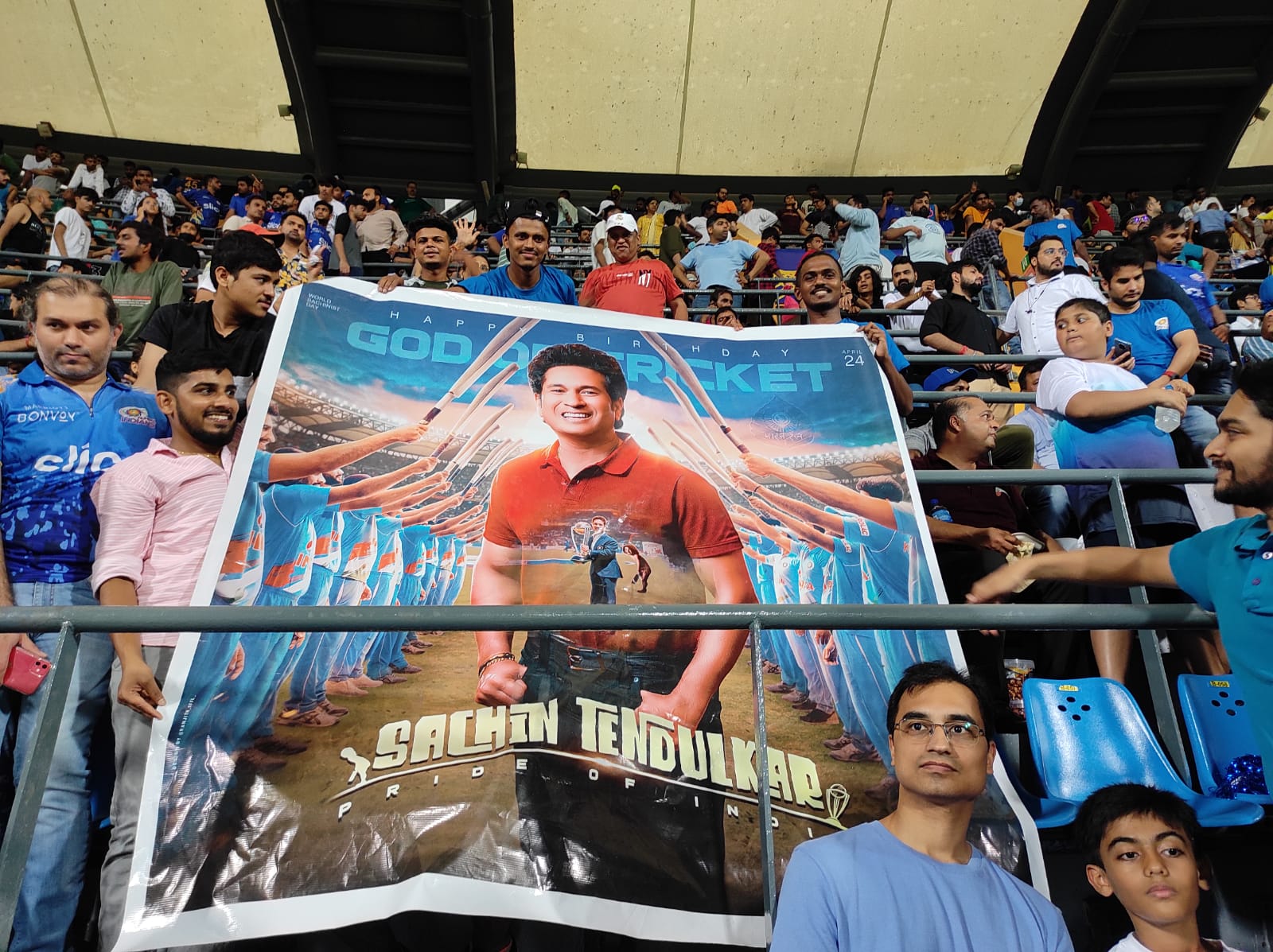 India’s pride Sachin Ramesh Tendulkar turned 49 on Sunday 24th April. On the historic day fans celebrated his birthday as it’s their own. Some offered flowers and Prasad to God and prayed for his success and health. Others were involved in social work on the auspicious occasion.

On Master’s birthday there was a match between Mumbai Indians and Lucknow Super Giants at Wankhede. Mumbai Indians returned their home ground after three years. During the match crowd present at the stadium broke into iconic chant ‘ Sachin Sachin’ to show their love , respect and emotions.

Talking about the match, Mumbai Indians lost the match by 36 runs and are officially out of the playoffs. It’s their 8th consecutive defeat. Miserable batting performance by MI batters is one of the reason for Mumbai Indians failure in the IPL 2022.

Watch | Smriti Mandhana: controversial run-out and a heated argument with Rajasthan Players
RCB vs RR | RCB pacer Harshal Patel refused to shake his hands with Riyan Parag after end of the match | Watch