Watch: Virat Kohli sweats it out in gym alongside wife Anushka Sharma 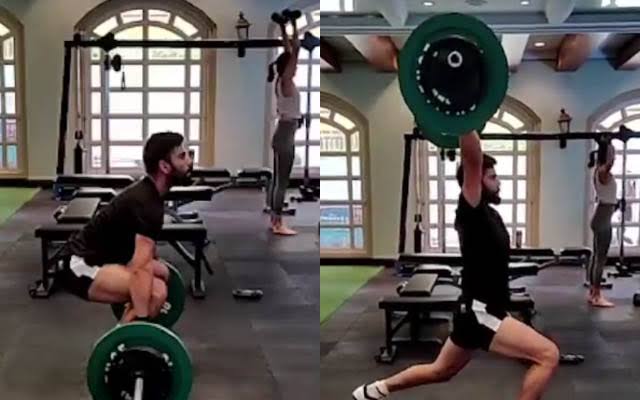 Former RCB skipper Virat Kohli is fully focused ahead of CSK clash on 4th May at MCA,Pune. After disappointing performances in the ongoing IPL, Kohli gets back in form in the last match. He scored brilliant half-century against Gujarat Titans on 30th April. Former Indian captain has not reached three figure mark over two and half years.

On. Tuesday Virat Kohli shared a video on social media where he was seen sweating out at the gym alongside with his wife Anushka Sharma. Virat was seen doing his favourite weight lifting, whereas Anushka operating dumbbells.

RCB batter posted this with caption “Back to my favourite. With my favourite @AnushkaSharma.”

Few days ago on 1st May Anushka Sharma celebrated her birthday with family members. Her husband Virat Kohli shared a photo on Twitter and wrote to Anushka “Thank god you were born. I don’t know what I would do without you. You’re truly beautiful inside out,” Virat added. “Had a great afternoon with the sweetest folks around,” the star batter further wrote.

“He (Kohli) is a great player, and we still back him to turn it around, and hopefully, it’s around the corner. It’s a game of confidence,” He further added.