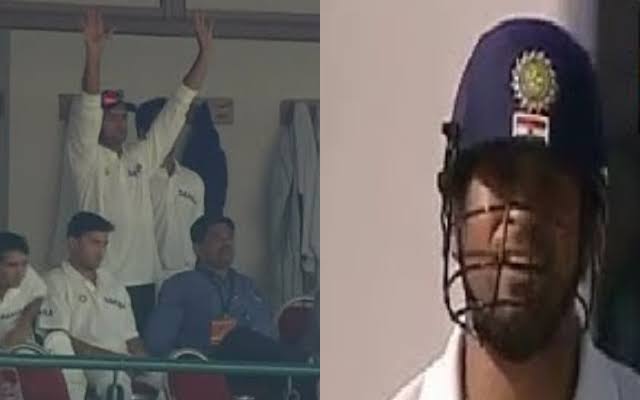 March 29, 2004 Indian cricket fans witnessed one of the infamous decision by a captain in the history of cricket. During India vs Pakistan test at Multan, Indian skipper Rahul Dravid declared India’s first innings when Tendulkar was batting on 194. Former Indian all-rounder Yuvraj Singh recalled this on Sports 18 show ‘Home Of Heroes ‘.

“We got a message in between that we had to play fast, and we were going to declare,” Yuvraj Singh recalls in an exclusive interaction on Home of Heroes, Sports18’s newest offering.

Former Southpaw said Sachin Tendulkar should have been allowed to score those six runs as there was enough time for the result.
“He could have got those six runs in another over and we bowled 8-10 overs after that. I do not think another two overs would have made a difference to the Test match,” said Yuvraj

Sachin Tendulkar was upset for this declaration:

Meanwhile, Master Blaster was also upset for this sudden declaration. In his autobiography ‘Playing it My Way he wrote “I assured Rahul that the incident would have no bearing on my involvement on the field, but off the field, I would prefer to be left alone for a while to come to terms with what had happened,”

The batting maestro said the incident didn’t have any adverse effect on his relationship with Dravid. “Despite this incident, I am glad to say Rahul and I remained good friends and even on the field, our camaraderie remained intact until the end of our careers. We continued to have some good partnerships and neither our cricket nor our friendship was affected.”

Sachin Tendulkar Narrated The Story in His Autobiography:

In his autobiography he narrated the story “At tea-time, I asked stand-in skipper Rahul Dravid, who was in charge because Sourav was out with a back injury, and coach John Wright what the plan was. I was informed, we were looking to give Pakistan an hour to bat, so would put them in with 15 overs left on the second day. It was perfectly sensible and I went about my business after tea with this plan in mind.”

“A little later, when I was on 194, he came out again and said I should try and get my double hundred in that over itself because Rahul had decided to declare. I was startled to say the least, because in my mind I still had 12 balls in which to score the remaining six runs before 15 overs were left for the day”, Tendulkar writes.

“As it happened, I did not get to play a single ball in that over with Yuvraj on strike against Imran Farhat. He blocked the first two balls before picking up two runs off the third ball. He once again blocked the fourth ball and was out to the fifth ball.

“Then just as Parthiv Patel, the next batsman started to come out, I saw Rahul gesturing us to go back to the pavilion. He had declared the innings with me stranded on 194 and with 16 overs left for the day — one more than we had agreed. Tendulkar admitted that he was indeed “shocked” at Dravid’s decision. “Disappointed and upset, I made my way back to the dressing room and could sense that the whole team was surprised at the decision (Rahul Dravid declaring with me stranded at 194).” Master Blaster writes.