IPL 2022: “It’s my wish but I know it’s never going to happen” – Hardik Pandya wants this MI player in his team

Gujarat Titans skipper Hardik Pandya wishes this Mumbai Indians’ player to be on his team next year with a quote ” it’s never going to happen”. 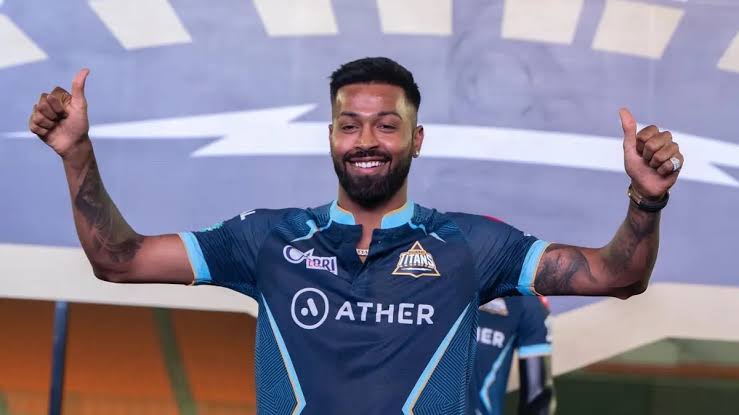 Pandya started his IPL debut for Rs 10 lakh in IPL 2015 auction for MI. He quickly established himself at the highest level. He first caught the eye with an unbeaten quick-fire eight ball 21 against CSK coming when MI needed 30 from two overs .  Hardik was one of the three players which MI retained before the IPL 2018 mega-auction.  Hardik was part of MI’s title wins in 2015, 2017, 2019, and 2020. He scored a total of 1476 runs and picked up 42 wickets for MI in 7 years. He partnered with Kieron Pollard in the middle order and gave demolishing attacks at the death overs proving as the best finishers.

Hardik Pandya as a skipper led Gujarat Titans amazingly in their debut Indian Premier League 2022 season. GT has won 8 of their first 11 games so far and stays at first in the points table. Hardik’s leadership skills have paved the newcomer to hold the top position in the points table. He has managed his players in tough situations and their team players showed wonders with extraordinary performance. In this current IPL Hardik has scored 357 runs with the highest being 87 in 11 matches played so far.

See also  Rahul will emerge as a phenomenal leader: Goenka

Before the match against GT vs MI, GT posted a video of Hardik, where he talked about his friend MI player Kieron Pollard. He said that he wishes Pollard on his team and expressed his admiration. Pollard has been with MI since 2010 and was one of the 4 players retained by them before the IPL 2022 mega auction.

“I have always seen myself in blue and gold but I am also in blue and gold with my home state, which is something even more special. I kind of got my first glimpse of success in that game (against CSK) where I scored 3 sixes when we needed 32 or something off 2 overs. A lot of memories are there, all my memories have been made with that team” said Hardik.

“I wish Polly (Pollard) has the best day for him but I hope we win. And messaged Polly a few days ago and said ‘hope you are okay, hope you are enjoying it. I said we kind of missed him here. In a joking way, I said ‘you never know. You might come to us next year. It’s my wish but I know it’s never going to happen.” Hardik concluded.

Hardik led Gujarat Titans had lost against Mumbai Indians by 5 runs in IPL 2022 on May 6 in the Brabourne Stadium, Mumbai.

IPL 2022: Rinku Singh reveals his past before his IPL journey and his long time wait to get the player of the match
IPL 2022 – MI vs GT: “9 Runs off 6 Balls made me feel I have nothing to lose” – Daniel Sams | Watch