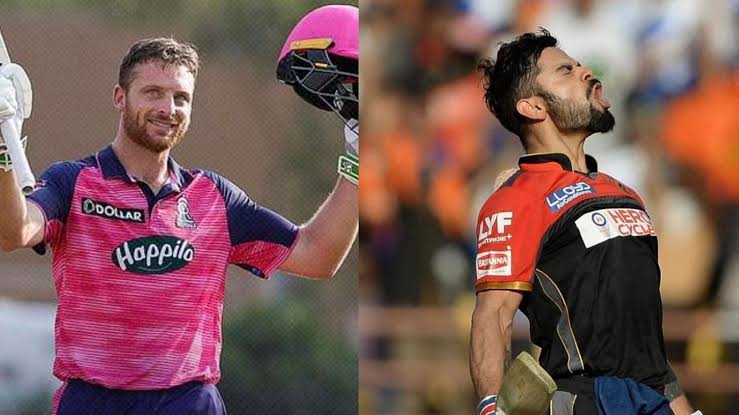 Former Indian off spinner Harbhajan Singh reckoned if the pitches remain good and RR goes to the final, then Rajasthan Royals opener Jos Butler has a chance to break Virat Kohli’s record 973 runs in a single edition of cash-rich league.

Harbhajan opined that Butler has ability to break this record and the form he has shown in the IPL, it’s difficult to stop him.

“He (Buttler) definitely has the capability (to break Kohli’s record). With the way he is batting and the kind of form he has shown, it is very difficult to stop him. However, the pitches will slow down and it will be interesting to see how he tackles spin. But if the wickets remain good, Buttler can break the record. If RR play all 17 games and go to the final, I think he will go ahead of Kohli,” Harbhajan said on Sportskeeda show ‘SK Match Ki Baat’.

The 41 year old played for Mumbai Indians and Chennai Super Kings in his IPL career. Harbhajan took 150 wickets from 163 matches and he scored 833 runs with strike rate of 137.91.

Virender Sehwag names back up wicket keeper for T20 world cup. He is neither Ishan Kishan nor Wriddhiman Saha.
Ravi Shastri warns Umran Malik and advice him to hit the ball on right areas