IPL2022 | Ravindra Jadeja is not a natural captain and looked a fish of water: Ravi Shastri 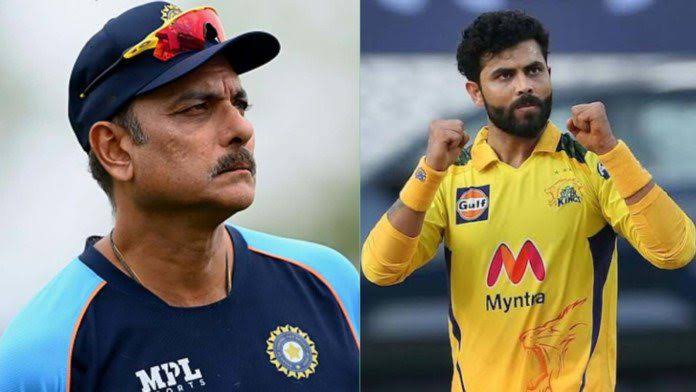 Former Indian head coach Ravi Shastri believed that Ravindra Jadeja is not a natural captain and looked like a fish of water during his leadership role in CSK in the ongoing IPL. He also said that Jadeja is far better as a player than any kind of a captaincy role.

“He [Jadeja] is not a natural captain. He hasn’t captained at any level. So, to give him the responsibility I thought was a little hard on Jadeja,” Shastri said on ESPNcricinfo’s T20 Time Out.

Meanwhile, four times IPL champion captain MS Dhoni stepped out from CSK captaincy before start of the IPL and again took hand over after eight matches.

Ravindra Jadeja far better as a player than any kind of captaincy : Ravi Shastri

“People might want to judge Jaddu, but it’s not his fault. He hasn’t captained anywhere. He looked a fish out of water, totally out of place and he’s far better off playing as a player. Because he’s one of the best around in the business, when it comes to allrounders” said Shastri.
Former Indian cricket captain also urged “So let him just focus on his cricket. That [decision to give him the captaincy] cost CSK a few games early on. If you see the form they’re in now, if they had this going early on, they’ll be right up there in the mix.”

I think captaincy is a totally different job : Ravi Shastri

Responding to a question on whether Super Kings could consider Ruturaj Gaikwad as a captain of CSK, Shastri said “You have got to see where the player has come from, what levels of cricket has he played,” Shastri said. “Has he captained a side? Does he have the flair for captaincy? You have to look into these kinds of things before jumping to conclusions before deciding whether a player should captain in the future or not. Not just because he’s scoring runs, he’s the highest run scorer, you become captain.”

“Which happens in India a lot. Not just at the state level but also at the national level too, where a player has just been put in because he’s getting runs. He might never have captained, might have had very little experience, but his name is in the mix.”

“I think captaincy is a totally different job. It demands flair, the ability to read the game, man-management qualities, above all, the ability to communication, not just with players but also media these days, so it comes with a lot of add-ons.”

Suryakumar Yadhav thanked fans for their good wishes and blessings after getting ruled out from IPL
Watch| IPL2022: Moeen Ali hails Devon Conway for his consecutive fifties after his comeback from marriage