“People die to bowl over 140kph, this guy does it easily” : Brett Lee hails Umran Malik 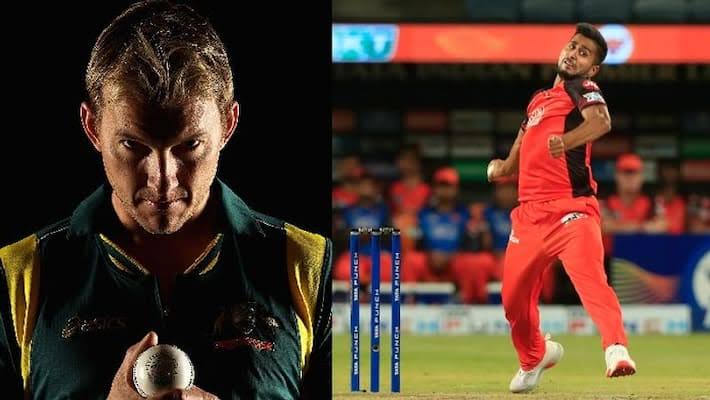 Many cricket experts are highly impressed by the SRH pace sensation Umran Malik. The young star has already bowled fastest delivery of the IPL 2022 as he clocked 157 km/h against DC batter Rovman Powel. He becomes talk of the town now. Former Aussie pacer Brett Lee, who was one of the fastest bowler in the history of cricket, lauded Malik for his natural talent and called him a gun.

“That is real quick, trust me. I know what it is like to bowl over 150kph. It hurts. This guy is a gun. He has pushed that speed gun’s needle right up to the 160kph mark,” Lee said on his YouTube channel.

“For me, it is all about the approach. When you look at an aeroplane take off, what do you see first and foremost. It is the approach, the build up of speed and then it takes off. That is what makes a good fast bowler. The approach, you see him about 35m away from the batter. He gets going, pumps the arms and legs, runs in like a sprinter and then delivers that ball at a fearful pace. That is what I love about him,” he said.

Indian express Umran Malik took 21 wickets from 13 matches with a very good strike rate of 13.43, but with a high economy rate of around 9 in the ongoing IPL. Lee also talked about his record speed and he was actually not worried about his record being broken in the near future.

“Yes, he has been expensive in a few matches but he is only 22 years of age. So I am not worried about that. My advice to Umran right now is to just run in and bowl as fast as you can. Yes, the action is perfect, I wouldn’t change it. It think he has got some more speed up his sleeve. One thing you cannot take away from this young fellow is his raw pace. People die to bowl over 140kph, this guy does it easily. If I were to meet Umran, what would I tell him? I would just tell him to keep doing what he does. Enjoy bowling fast. You can see the look on his face, the passion and the raw love he has for bowling fast.”

“The reason why it is so exciting is that it is so hard to do. It is such a natural talent. I have not met this guy yet but I promise you that at school, he was a fast runner,” said Lee.