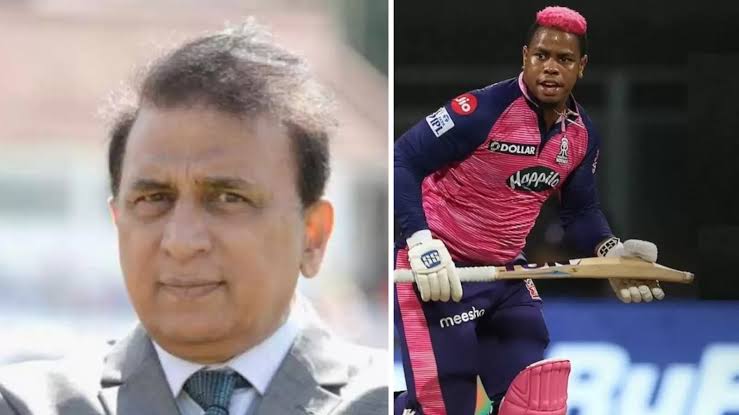 Legendary Indian Cricketer and commentator Sunil Gavaskar faces criticism on social media for his disgraceful remark on Shimron Hetmyer and his wife. Meanwhile, Rajasthan Royals explosive batter Hetmyer left bio bubble few days ago to attend the birth of his first child. After that he came back to India and joined RR.

During a match between CSK and RR yesterday, when Rajasthan needed 47 from 31 balls Shimron Hetmyer came out to bat then Gavaskar made controversial remark on him during commentary. He said “Hetmyer’s wife delivered; will Hetmyer deliver for the Royals now?”

This comment shocked everyone and fans were fuming on social media. They Lashed out Sunil Gavaskar and also urged BCCI to ban him from commentary.

However , Rajasthan Royals won the match against CSK and finished as the second ranked team in the IPL points table. RR also entered the IPL 2022 playoffs and will face Gujarat Titans in Qualifier 1, to be played on Tuesday at the Eden Gardens in Kolkata.

“Feels really good, it has been standout. Almost everyone has stood out for us. It was important to understand they have quality batters. I didn’t expect to come back so strong, so well. It was a great effort. I wanted to bring him (McCoy) after the powerplay, he also had really great change-ups. Cricket is a funny game. They had quality bowlers, but Ashwin has done a great job for us, he has turned out to be a great all-rounder for us.” RR skipper Sanju Samson said at the Post Match Presentation.