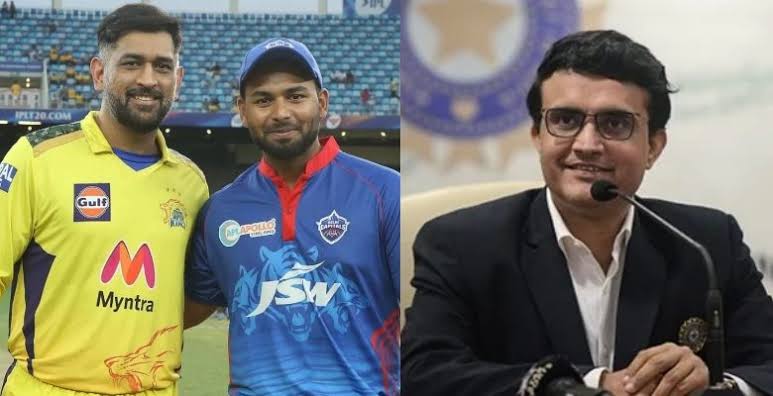 Rishabh Pant is an established first choice wicket keeper for Team India. He has often been compared with legendary cricketer MS Dhoni. After Dhoni’s retirement he has given confidence to the lower order batting as well as behind the stumps. BCCI president Sourav Ganguly said it’s unfair to compare Rishabh Pant with most experienced former Indian captain MS Dhoni.

“Don’t compare Pant with MS Dhoni. Dhoni has so much experience, has captained 500-plus games in IPL, Tests, and ODIs. So it’s not fair for Rishabh to be compared with Dhoni,” stated Ganguly during an event yesterday.

DC’s wicket keeper batter Rishabh Pant has not been very impressive in the IPL 2022. He made a blunder in must win game against Mumbai Indians on Saturday. He didn’t go for DRS despite being teammates persuade him. Actually replay and ultra edge showed that Tim David was out. After that Tim David scored match winning knock of 34 from 11 balls. In this match Delhi Capitals lost to Mumbai Indians and ended their IPL journey.

This year Mumbai Indians have finished their IPL journey at the bottom of table. They lost eight consecutive matches in the ongoing IPL tournament. Former Indian captain Sourav Ganguly was not worried on the leadership quality of Rohit Sharma.

Meanwhile, Rohit Sharma has scored only 268 runs from 14 matches in this year IPL. For the first time in his IPL career he didn’t hit a single half century. Whereas his national team mate Virat Kohli also scored three golden ducks in the ongoing edition of IPL. His form also wasn’t good but he came back last match against Gujarat Titans very strongly and scored match winning 74 runs.

“They are very good players. I’m sure they will be back among runs. They play so much cricket that at times they go out of form. Kohli played very well in the last game, especially when it was required for RCB. That’s why he (Kohli) was so happy that RCB qualified. They are all great players, it’s a matter of time before they will be at their best,” he said.