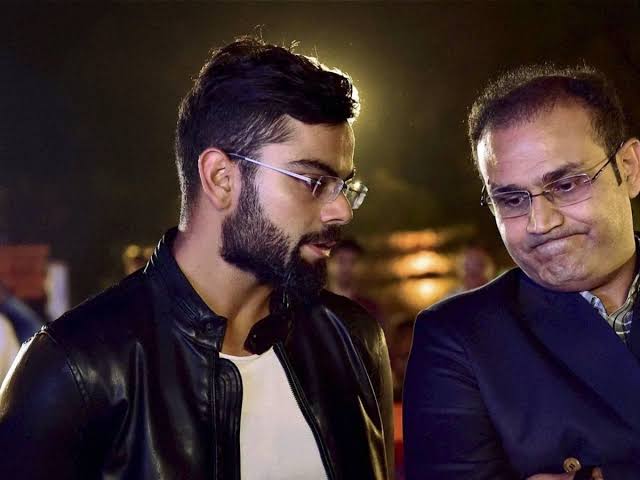 RCB have reached Playoffs with eight wins from fourteen matches in IPL 2022. The team will face KL Rahul led Lucknow Super Giants on Wednesday at Eden Gardens. Speaking to cricbuzz ahead of eliminator match, Virender Sehwag said this year RCB have changed their thinking on team selection under Banger and du Plessis. He also reckoned that there used to be lot of changes in the playing xi under Virat Kohli’s captaincy.

“The arrival of Sanjay Bangar as head coach and a new captain has changed RCB’e thinking. We have seen how Virat Kohli used to think as he used to drop a player after no performance in 2-3 games. But Bangar and Du Plessis have kept the team almost consistent throughout. Except Patidar for Anuj Rawat, I don’t think they made any changes due to poor performance.” Said Sehwag.

Sehwag further mentioned that an overseas player as a captain has helped RCB this year.

“If an Indian player had been captain and if Virat Kohli had given him some advice, he might have had to accept it under pressure. So this is what has changed with du Plessis as captain. Sanjay Bangar has also worked with Kohli and he can have a conversation with him about that although he gives advice, the team wants to do something else,” he explained.