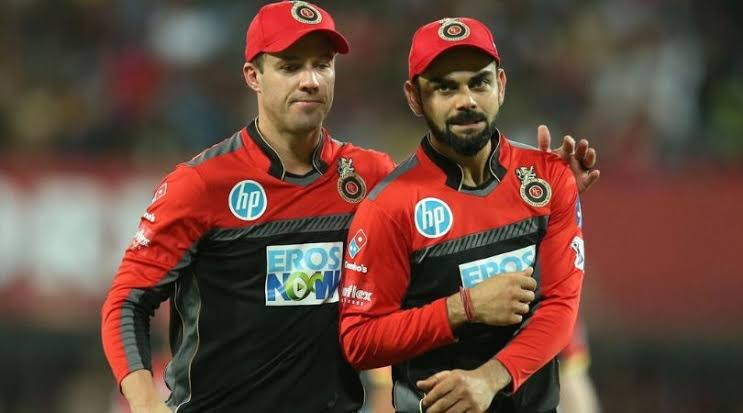 South African legend, known as Mr 360°, AB de Villiers has confirmed that he will be returning to the Indian Premier League (IPL) in 2023.

“I heard a small bird tweeting about some sports in Bangalore.” So I’d like to go back to my second homeland, Chinnaswamy, and see a game in front of a packed house. I would love to return, and I am looking forward to it.” said ABD.

These words has lifts up not only the RCB fans but also the IPL lovers who wants ABD back on the field.After last year’s IPL, the former South Africa captain announced his departure from all formats of cricket.

I will join the IPL next year: AB de Villiers

De Villiers’ announcement comes only days after Virat Kohli, his former RCB colleague chat posted on RCB’s Twitter handle saying “I miss him a lot. I talk to him regularly. He was in the US recently with his family watching golf… He is keenly observing RCB and hopefully he will be here next year in some capacity,”.

“I am glad that Virat’s confirmed it, To be honest, we haven’t decided anything on it yet but I will be around the IPL next year, I am missing it, don’t know in which capacity yet. I have heard that there might be some games in Bangalore next year and I would like to visit my second home and watch the full capacity Chinnaswamy stadium – I am looking forward to it,”  de Villiers told VUSport.

The Mr. 360° , de Villiers was recruited by Royal Challengers Bangalore in 2011, and he, alongwith Kohli, went on to become one of the best match winners for the Bengaluru-based franchise. He spent 11 seasons with the RCB.
During his amazing career with RCB, de Villiers appeared in 156 IPL matches and amassed an astounding 4,491 runs(5162 overall IPL runs), including two hundred and 37 fifties. He was inducted alongside Gayle into the RCB Hall of Fame recently.