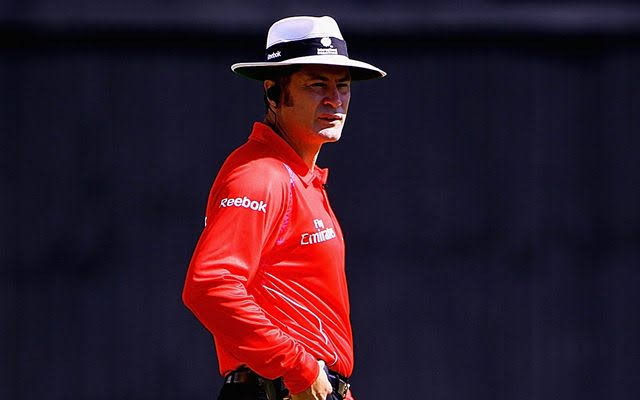 Former Australian Umpire Simon Taufel, regarded as one of the best umpire in world cricket, named three Indian cricketers who would have been great as umpires. Currently he is working with online umpiring course in association with the ICC Cricket Academy in Dubai.

“You have really got to have a personality and desire to want to do it. I’ve spoken to some players like Morne Morkel who’s been interested in taking up umpiring but as I said before, it’s not for everyone but I’d love to see Virender Sehwag, maybe even Virat Kohli or Ravichandran Ashwin take it up. They seem to be very well on top of the laws and playing conditions of the game at the moment,” said Taufel to News9.

I’m challenging Sehwag to take it up : Simon Taufel

Taufel revealed his conversation with Virender Sehwag, when he urged the former Indian opener to take up the job of umpiring. He recalled Sehwag standing next to him at square leg during India games and would call on out and not out. This urged Taufel to advice Sehwag on taking up umpiring but the legendary India opener had turned down the offer.

“I remember putting it on his head a few years ago and I’m challenging Virender to take it up because he is used to umpire next to me standing at square leg and telling me what was out what not was out. But he subsequently said no, that’s not what he wants to do,” said the 51-year-old.

See also  Virender Sehwag names back up wicket keeper for T20 world cup. He is neither Ishan Kishan nor Wriddhiman Saha.

“It’s never boring, except when you might be umpiring in a very dry environment in Karachi or similar places. There’s not much happening in terms of wickets. But what I would say is that we’ve tried to make the course engaging and umpiring itself is not for everyone. You know, it is challenging. People say how do you concentrate for long periods of time? And the answer is, well, you don’t, you just look at bite-sized pieces. It’s very rewarding,” Taufel told News9 Sports in an interview.

Taufel is recognised as one of the finest umpires in the game’s history for his flawless consistent judgements over the course of his more than a 13-year umpiring career. Between 2004 and 2008, he was named ICC Umpire of the Year five times in a row.