“Ganguly would have been sacked from captaincy if…” : Harbhajan Singh 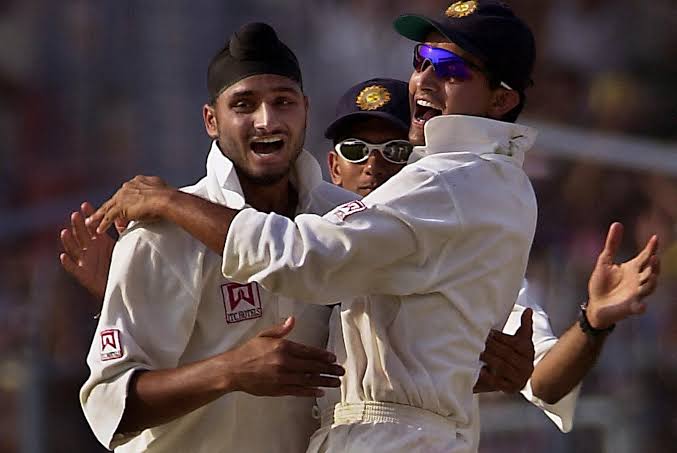 BCCI president Sourav Ganguly is one of the most successful captain and also amongst one of the respected cricketers in world cricket. Under his captaincy Team India achieved many glorious moments in international circuit. His former team mate veteran off spinner Harbhajan Singh revealed that Ganguly would have been sacked from his captaincy if he had not backed Harbhajan in 2001.

Meanwhile, Steve Waugh’s Australian team lost by Team India with 1-2 margin in the three match test series. Harbhajan was just 21 years old at the time. Sourav AKA Dada was the one who had believed on Bhajji and also backed him for the series. Harbhajan became first Indian bowler who took hat-trick in test cricket in pivotal Kolkata Test and Team India stopped Australia’s record of 16 successive Test wins. Harbhajan Singh picked up total 32 wickets and won player of the series award.

In an interview with Sportskeeda Harbhajan Singh said “Had Ganguly not backed me, he wouldn’t have won that series (2001 vs Australia) and would have been sacked from captaincy. He came like God for me and held my hand and I went on with my job. It helped both my career and his as a captain as he got the extension. He did help me in giving a chance, but then it’s up to the player to make it count.”

“If Greg Chappell had not been the Indian coach, we would have performed better at the 2007 World Cup in the West Indies. It wasn’t a happy team when he was there so we would have certainly progressed well,” Harbhajan said.

“That’s why he has been picked” : Dravid on Dinesh Karthik’s role for SA series
Shoaib Akhtar reveals he ‘ intentionally wanted to hit ‘ Sachin Tendulkar