Harbhajan Singh explains why Yuvraj Singh “would have been great captain” 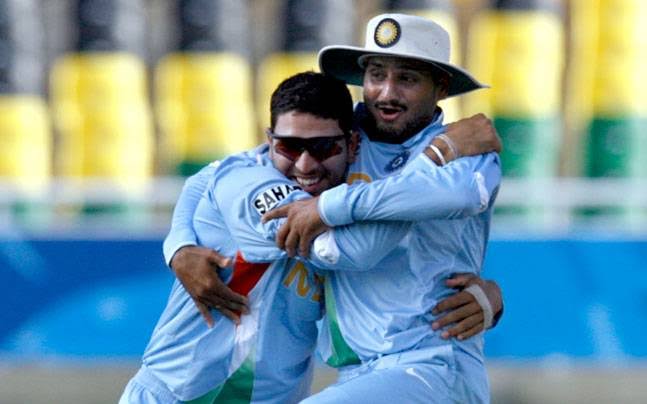 In a conversation with Sportskeeda, Harbhajan Singh said “”If Yuvraj Singh would have been Indian captain, we would have had to sleep early and wake up early (laughs). We would have to do a lot of hard work. He would have been a great captain. His records speak for themselves as he won the Player of the Tournament in the 2011 World Cup, a title that gives us respect,”

Legendary cricketer also said that many of cricketers’ career would not have been prolonged if Yuvraj lead Team India. “I don’t think any of our careers would have been prolonged had Yuvraj been the captain. Because whatever we have played we have done it on our ability and no captain has saved us from getting the axe. Whenever you captain the country, you need to keep friendships aside and think of the country first,” Harbhajan was quoted as saying by Sportskeeda.

Harbhajan Singh started his international career in 1998 and played his last match in 2016. Former Indian All-rounder Yuvraj Singh featured in the winning member of 2007 T20 WC and 2011 ODI WC. His brilliant performance helped team India to win these world cups. He also won the player of the tournament award in 2011 ICC World Cup.