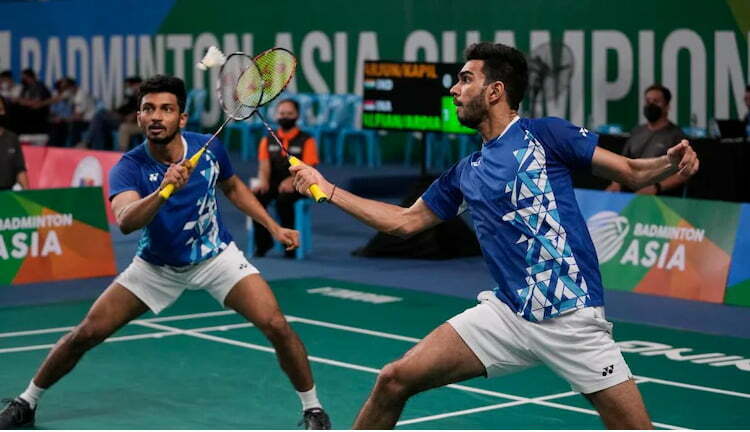 BWF Quarterfinals berth secured by Indian Do Arjun and Dhruv

Easy win in the round of 32 for Shetty and Rankireddy, MR Arjun and Dhruv Kapila also win Dhruv Kapila and MR Arjun reach the quarterfinals with a brilliant comeback win against Singapore’s Terry Hee and Loh Kean Hean. The Indian men’s doubles pair of Dhruv Kapila and MR Arjun moved to the quarterfinals with a come-from-behind victory over Terry Hee and Loh Kean Hean at the World Championships. The unseeded Indian duo had to toil hard for 58 minutes to win its round of 16 clashes against the Singaporeans 18-21 21-15 21-16. Arjun and Kapila will cross swords with the third seed Indonesian pair of Mohammad Ahsan and Hendra Setiawan in the last eight stages.

Later in the day, Saina Nehwal and the men’s doubles duo of Satwiksairaj Rankeyreddy and Chirag Shetty will play in their pre-quarterfinals, while Lakshya Sen and HS Prannoy will face each other in an all-Indian last 16 clash.