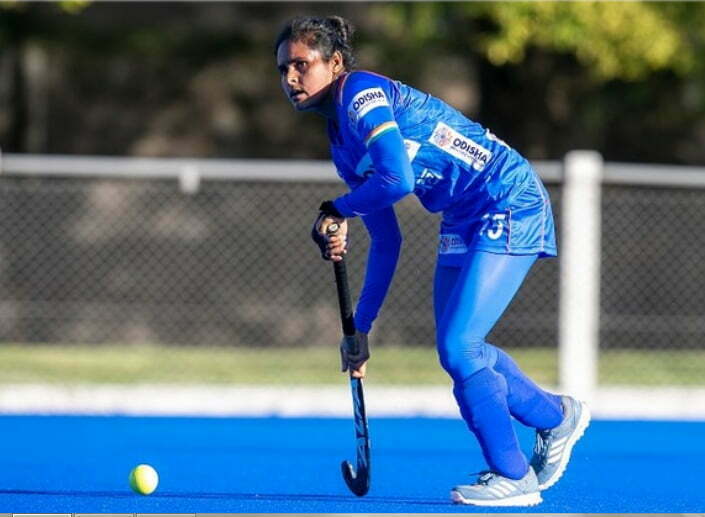 The Indian Women’s Hockey Team made history at the recently-concluded Birmingham 2022 Commonwealth Games after clinching the bronze medal, their first CWG Medal after 16 years.
The 27-year-old Midfielder Nisha, who was absolutely thrilled to be a part of the Bronze medal-winning team, expressed the importance of the medal for the team and for her career.

“This CWG medal will always be special to me as I have always dreamed of being part of medal-winning teams at prestigious tournaments. We have always looked to play our best hockey at the Olympics and Commonwealth Games and we are glad to have put in a great performance in Birmingham. The team has grown from strength to strength since I joined the side in 2019 and hopefully, we keep evolving as a team in the future.” Nisha also said that the CWG medal is a huge confidence booster for her, “I have certainly gained a lot of confidence after CWG. I feel blessed to have been part of a fantastic experience and we gelled as a team very well during the competition. It was very rewarding for me to contribute to the team’s success and I will keep working hard in order to help the team do even better in the upcoming tournament.”
The Indian Women’s Hockey Team will return to National Camp on August 29, 2022, in SAI, Bengaluru.
Speaking about the team’s focus after their return to training, Nisha said, “We have noted down the mistakes we made during CWG and we will definitely be focussing on improving them. I feel the team is moving in the right direction and if we play to our potential, we can certainly start winning gold medals at the biggest of stages We are coordinating very well on the field and it’s been an absolute pleasure to be a part of this team.”

Indian women’s Hockey did win the hearts during their outing at the Olympics who have gone down fighting, which was later applauded by Prime Minister Modi.