My dream was to get debut cap from MS or Virat: Hooda 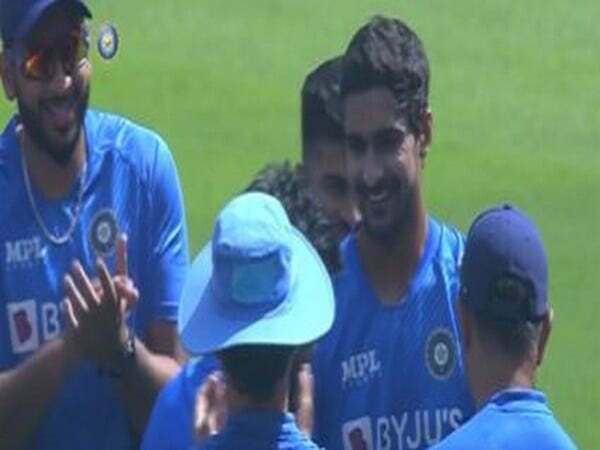 Indian debutant Deepak Hooda has said that it was his dream to get his cap from either MS Dhoni or Virat Kohli.

The all-rounder made his debut on the 6 of February against the West Indies. During a conversation with Surya Kumar Yadav after India’s 44 run win against West Indies in the second ODI, The all-rounder said ” I made my debut in the first ODI, It was an amazing feeling. You always work hard for that, before the match I spoke to you. I feel blessed to be part of this side. It was my childhood dream to get cap from either Dhoni or Virat. Getting cap from Kohli was an amazing feeling. I worked on sidelining the distraction and work on my process”

“Good things take time but keep yourself ready. Obviously, it is a blessed feeling to share the dressing room with Rohit Sharma, Virat Kohli, and Rahul Dravid. You always learn so much from them. I am just trying to learn from them. My goal is to keep working on my process with same intent and not to worry about the outcome. added the all-arounder during a video conversation with Surya Kumar Yadav which is streaming on BCCI.TV.

Earlier in the day, India has registered a second straight win against the Windies in the ongoing 3 match ODI series at Narendra Modi Stadium in Ahmedabad. Indian team asked to bat first by Windies stand-in skipper Pooran, hosts were at a spot of bother by losing 3 wickets under 50. KL and Surya’s partnership has steadied the Indian batting which eventually had set up a target of 238 chasing which Windies fell short by 44 runs. The third match of the series is scheduled to play on the 11 of February at the same venue.