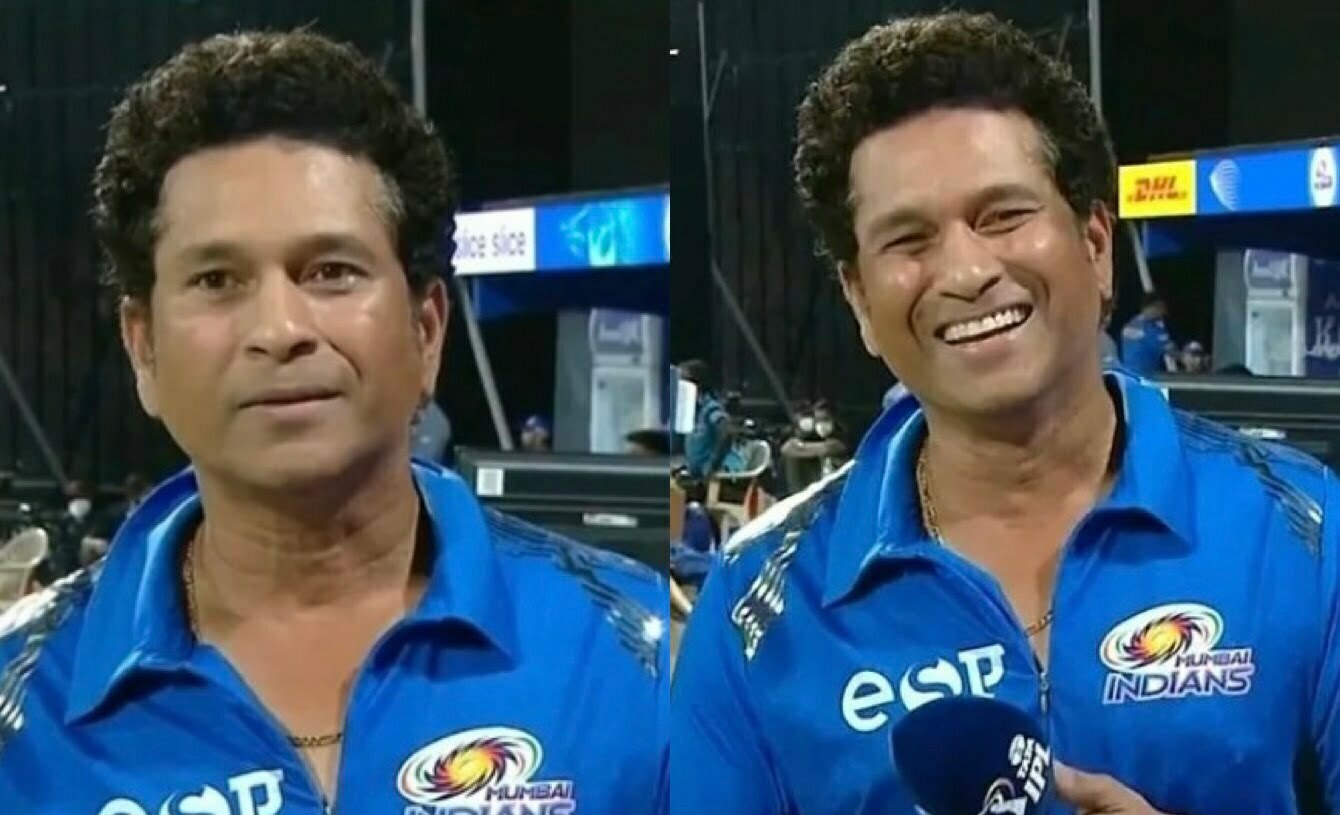 Mumbai Indians mentor Sachin Tendulkar has retired from international cricket in 2013 but his craze remains unmatched. During a match between Mumbai Indians and Chennai Super Kings, crowd at DY Patil Stadium lighted up and started chanting iconic ‘Sachin…..Sachin’ when Master Blaster gave an interview to Harsh Bhogle from the Sideline.

Little Master smiled to see this and waited for the chanting to stop as he could carry on with the interview. During his playing days Legendary batsman was greeted with the famous chant at every stadium whenever he walked out to bat.

Once Master Blaster revealed that his mother started this chant. In an exclusive Interview with India Today Sachin Tendulkar said “Do you know who started ‘Sachin…Sachin’? My mother. When I was 5 or so and I was playing downstairs with my friends in front of our building, after 7.30 or so when mother wanted me home and I did not want to leave the playground. That’s when she used to stand in the balcony and go like.. Sachin…Sachin..you need to come now,”

Former CSK player Suresh Raina wrote on Twitter “IT’S ALWAYS A DELIGHT TO HEAR YOU SHARE. YOUR EXPERIENCES PAJI@SACHINTENDULKAR. SPECIALLY FOR A BOY WHO HAS ALWAYS SEEN YOU AS HIS IDOL & INSPIRATION SINCE A VERY YOUNG AGE,”