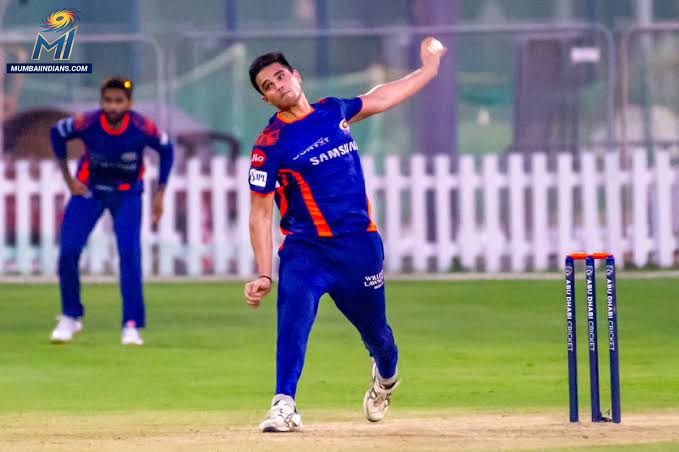 Since 2021 Arjun has been part of Mumbai Indians’ squad but hasn’t got a chance to enter playing XI. His father legendary Sachin Tendulkar is the mentor of Mumbai Indians. Last year unfortunately Arjun was ruled out from MI during 2nd half of the tournament in UAE.

Ahead of Gujarat Titans match on Friday, Mumbai Indians coach opened up about the possibility of Arjun Tendulkar’s debut.

“Well, I think everyone in the squad is an option. We will see how things go. It is about match-ups and how we can win the matches, and our priority is to make sure that we get the right match-ups. Every game is a confidence thing, we managed to get our first win, and it is about stringing wins together and get the confidence back. It is about putting the best guys in the park. If Arjun is one of them, then we will consider it, yes, but it all depends on the combination we put out,” said Jayawardene, as quoted by India Today.

Franchise shared a reel of Arjun Tendulkar on Instagram where he was seen bowling in the nets. Fans urged the franchise to give him chance.

Many former cricket players urged not to give so much pressure on him, as his surname is Tendulkar,