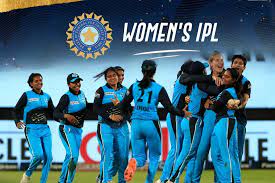 The 1st Edition of Women Indian Premier League will be starting from March 2023 to be held in a one-month window and in all likelihood with five teams, a senior BCCI official confirmed. The BCCI bigwigs have discussed the issue and a March window has been found for the tournament after the Women’s T20 World Cup in South Africa.

Both BCCI president Sourav Ganguly and secretary Jay Shah in separate interviews had earlier confirmed that 2023 is the year when WIPL would start. A lot of cricket lovers believe that WIPL will bring in a revolution and the standard of women’s cricket in India will have a quantum leap. It is understood that teams like Mumbai Indians, Rajasthan Royals, and Chennai Super Kings have all expressed their interest in buying teams