“Approach IPL 2022 as a neutral tournament,” says Rohit and Jayawardene. 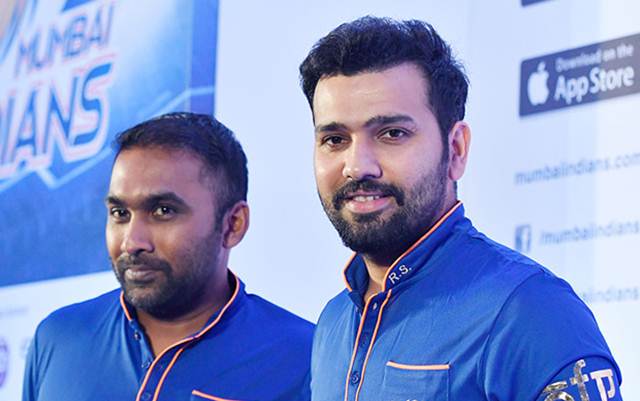 Mumbai Indians will be playing 11 league matches out of 14 in this IPL 2022. These matches will take place in 3 venues in Mumbai. However, Rohit and Jayawardene have told, “Approach IPL 2022 as a neutral tournament and we believe that is no home advantage for the 5 times IPL champions.”

Rohit has also told me that the team is kind of a new team as a lot of new guys have come in. He has also said that 80% of the team have not played in Bombay. This implies that there is no added advantage. Most of us are going to play in Bombay after two years.

Jayawardene has said that the opposition teams have more experience in playing in Mumbai, especially in the first half of the last season. He said, “I don’t even remember when last we played in Mumbai.” Jayawardene also pointed out how it would be a level playing field and the teams have to ensure their players executed their skills efficiently.

All the venues are in and around Bombay. They are the Wankhede Stadium, Brabourne Stadium and the Patil Sports Academy. All these stadiums are red soil stadiums. It is important to approach this as a neutral tournament and play the best game possible. Rohit and Jayawardene are the first to agree that Mumbai’s task for the new season is cut out with their new squad and it is okay to treat IPL 2022 as a neutral tournament.

Rohit expects the biggest challenge would be to give them clarity about their roles on the side. The Mumbai auction strategy was very much interesting this year. Ishan Kishan was retained with as high as INR 15.25 crore on the very first day.

Jofra Archer was for INR 8 crores on the second day. This has happened even after knowing injured England will not be available soon. Rohit went on to say about the auction was very tough. The franchise as it has to release both Hardik and Krunal Pandya. These two people were a great asset to the team. Hardik Pandya now is the captain of Gujarat Titans. It is a great loss to the team but the retention laws were even tighter.