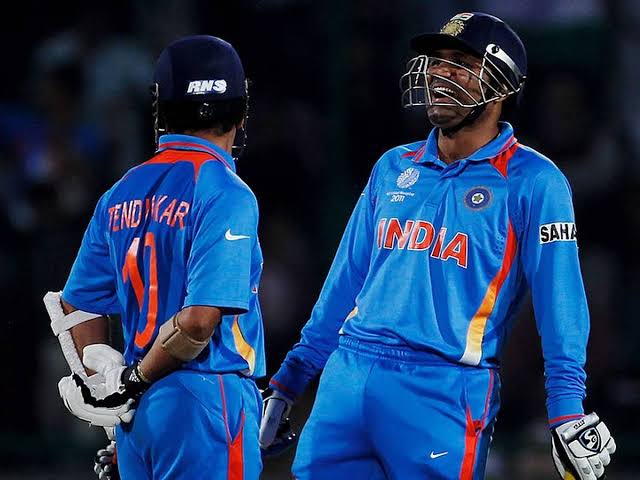 During a post match show on cricbuzz Sehwag said Shivam Dube’s 95 against RCB should not be considered less than a century. This innings helped defending champion Chennai Super Kings to win their first match in IPL 2022. “If he scored a century and the team lost, then? That happens so many times, players make a century but the team loses,” said Sehwag

‘Good that I didn’t make a century’

“I was also part of that match and so many other matches. In fact, paaji (Tendulkar) himself told us. It was the semi-final against Pakistan and he was dismissed in the 80s. When he came to the dressing he laughed slightly. I asked why he was laughing, he got out. He said, ‘Good that I didn’t make a century. Who knows we could lose the game’,” said Sehwag.

“He is also human being. He knows wining the match is more important than scoring a century ” said Viru.

Sachin Tendulkar scored 482 runs in the 2011 World Cup , the second most run-getter in the tournament.

Rohit Sharma Should Have Left Captaincy Ahead of IPL 2022 – Sanjai Manjrekar
IPL 2022: Rishabh Pant Helping Behind the Stumps – Kuldeep Yadav