IPL 2022: Sunil Gavaskar on Venkatesh Iyer – “He may be suffering from the second-season syndrome”

Sunil Gavaskar reviewed Venkatesh Iyer may be suffering from second-season syndrome after his exclusion from the Playing XI. 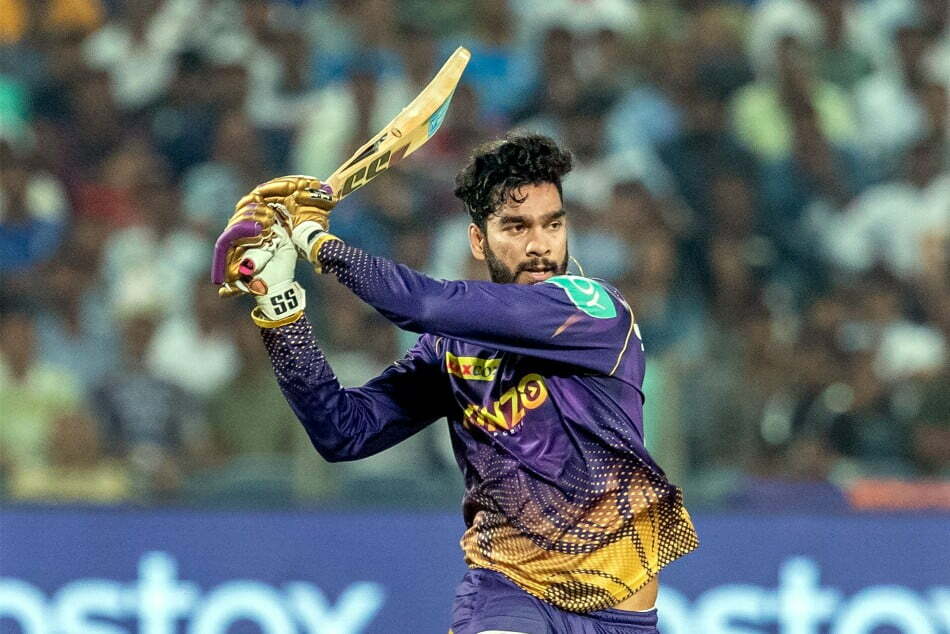 Kolkatta Knight Riders won the match against Rajasthan Royals with 8 wickets on April 2 after losing consecutive five matches.  KKR has changed the playing XI in the last match against RR. They replaced Venkatesh Iyer with Anukul Roy and Shivam Mavi came in the place of Harshit Rana.

Both the players performed well as Anukul played a key role in the KKR’s win as he took 1/28 from four overs, while Shivam Mavi also put in with 1/33

Venkatesh Iyer is an all-rounder who plays for Kolkata Knight Riders in the Indian Premier League.  Venkatesh Iyer was retained by Kolkata Knight Riders for INR 8 crore in IPL 2022. In the nine matches, he has scored only 135 runs averaging 16.50, and a strike rate of 97.78. This shows his poor performance compared to last season with 370 in 10 matches. In the current series after six games as an opener, Knight Riders have moved him into the middle order, and that hasn’t worked either. Also, Venkatesh Iyer’s bowling came down the bottom as he bowled only three over and with no wickets.

Comparing Venkatesh Iyer’s struggling for runs this season with last season, Sunil Gavaskar said that he is suffering from the second-season syndrome. Gavaskar also believes the changes made in playing XI were correct and fetched KKR with good results.

“KKR has had to implement a few adjustments as a result of their lack of success. Iyer, Venkatesh… I was thinking of giving someone a long rope because he’s only completed maybe 9 or 10 games and hasn’t done anything with a bat or a ball. He may be suffering from the second-season syndrome.”

“That’s why they chose Anukul Roy as their companion. We all know how good a fielder he is. We’ve seen him come in as a replacement after a bowler has completed his four overs. He is an exceptional fielder “Gavaskar said on Star Sports.

Venkatesh and Varun Chakravarthy were two of KKR’s four players who were retained. But they both did not get a game on Monday. Skipper Shreyas Iyer said,” are trying to give as many matches as possible to the players, but it’s also important to get the right combinations”.

Finally, the changes worked out for KKR. And registered their win after 5 losing 5 matches and placed in the seventh position on the points table with 8 points. KKR still has the chance to qualify for the playoffs.