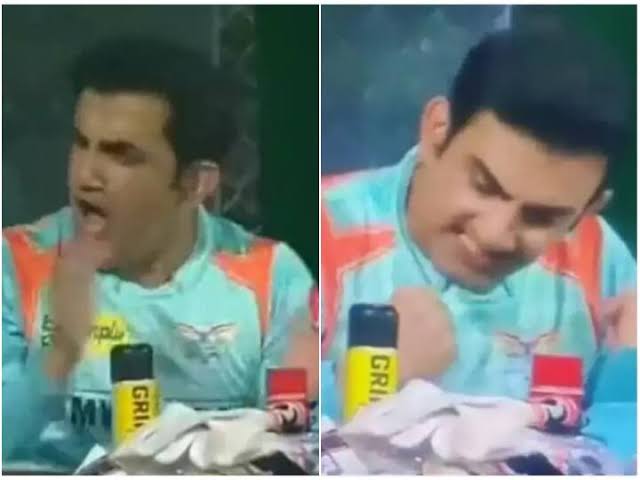 Lucknow Super Giants has done pretty well in their debut season in the IPL 2022. They won 7 out of 10 matches in the ongoing tournament. KL Rahul led LSG defeated Rishabh Pant led DC by six runs at the Wankhede Stadium on 1st May, Sunday and jumped to the second spot in the IPL points table. LSG mentor Gautam Gambhir failed to control his after the team’s victory.

Talking about the match, LSG posted a huge total of 195 with the help of captain KL Rahul and Deepak Hooda’s impressive knock. In reply Delhi Capitals felt to short of six runs to reach the total. With this defeat Delhi Capitals team are now big trouble for reach playoffs.

A video viral in social media, it was seen that former Indian batsman Gautam Gambhir expressed his emotion after LSG win the game. From 2011 to 2017 he was the captain of KKR and led the franchise for 122 matches. He also won two IPL title as a captain of KKR.

We would like to improve ourselves in the next game : Rishabh Pant

” I think it’s hard (loss), but we have to start winning close matches. We came close few games but we are losing it. Really happy that the bowlers pulled it back. But on these kind of wickets when the bowlers put up a helping hand, we got to perform as a batting unit as well. It was really nice to see the way Mitch (Marsh) was batting. But as a batting unit we need to start converting those 30s, 40s into a big score. Hopefully we can turn it around. As a team there are a lot of positives and there is not much to discuss but we would like to improve ourselves in the next game.” DC captain Rishabh Pant said after end of the match.