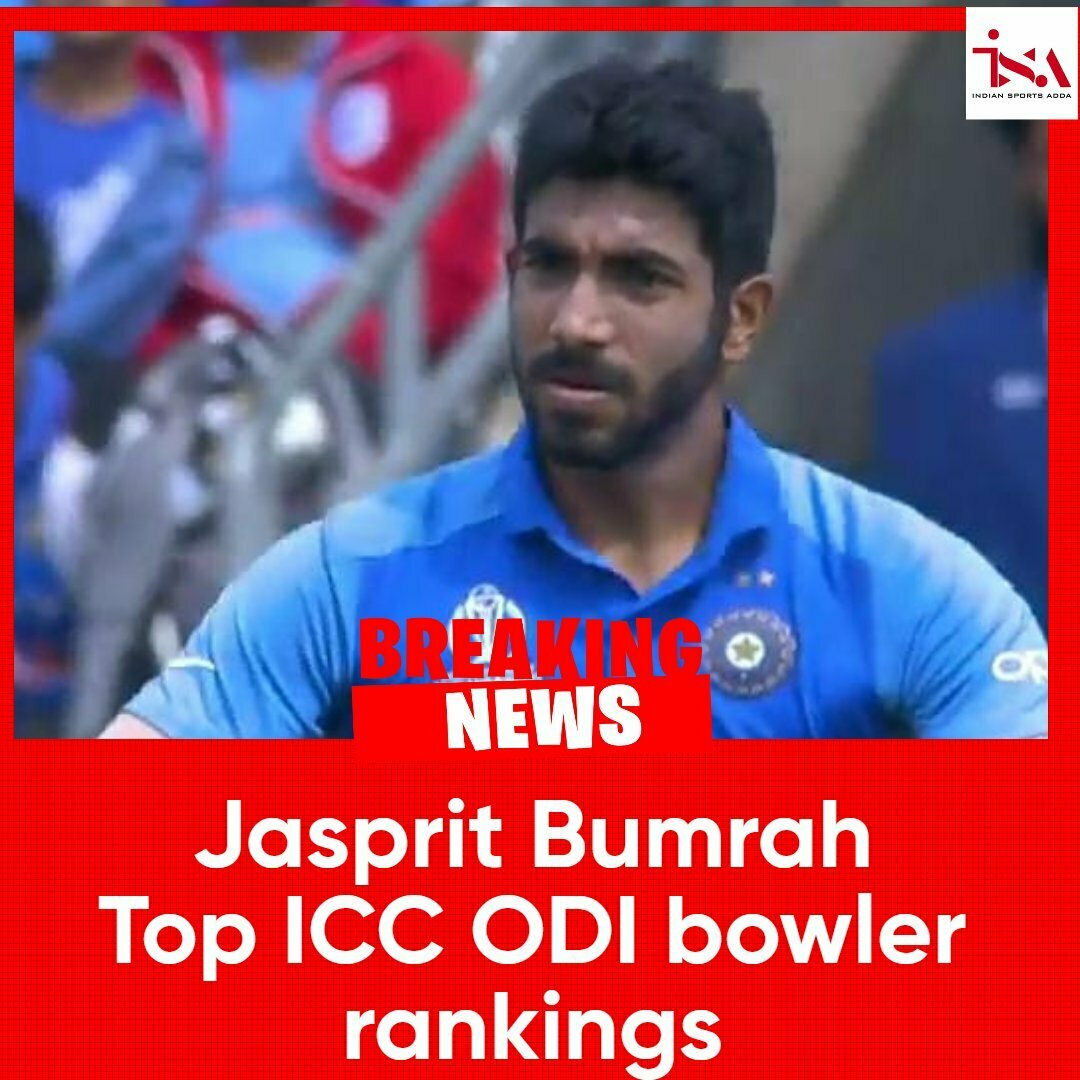 During the ongoing ODI series in England, Bumrah delivered his career-best figures of 6/19. Bumrah’s spell helped visitors reduce hosts for 110runs. India went on to win the match by 10 wickets.

Apart from Bumrah no Indian bowler featured in the ODI bowler’s top 10 list.

In ODI batter and all-rounder rankings, Babar Azam and Shakib Al-Hasan continue to be at the top of the table.

Virat Kohli’s and Rohit Sharma’s ranks are not affected. The duo is maintaining their 3 and 4 ranks. Virat Kohli is with 803 points. Right-hander batter missed out first ODI due to injury and doubtful for second ODI.

No Indian all-rounder featured in the ODI top 10 rankings.

No significant changes in ICC rankings of test and ODI cricket

New Zealand tops the ODI team rankings followed by England with Team India standing at a distant 3. New Zealand has 127 rating points with England having 122 to their name and team India with 108.

Team India stands second in the red ball with a deficit of 14 points to top-ranked Australia. Rishab Pant and Rohit Sharma hold on to their 5 and 9 ranks. Ashwin and Jadeja rank as 1 in the bowler and all-rounder sections are also unchanged.