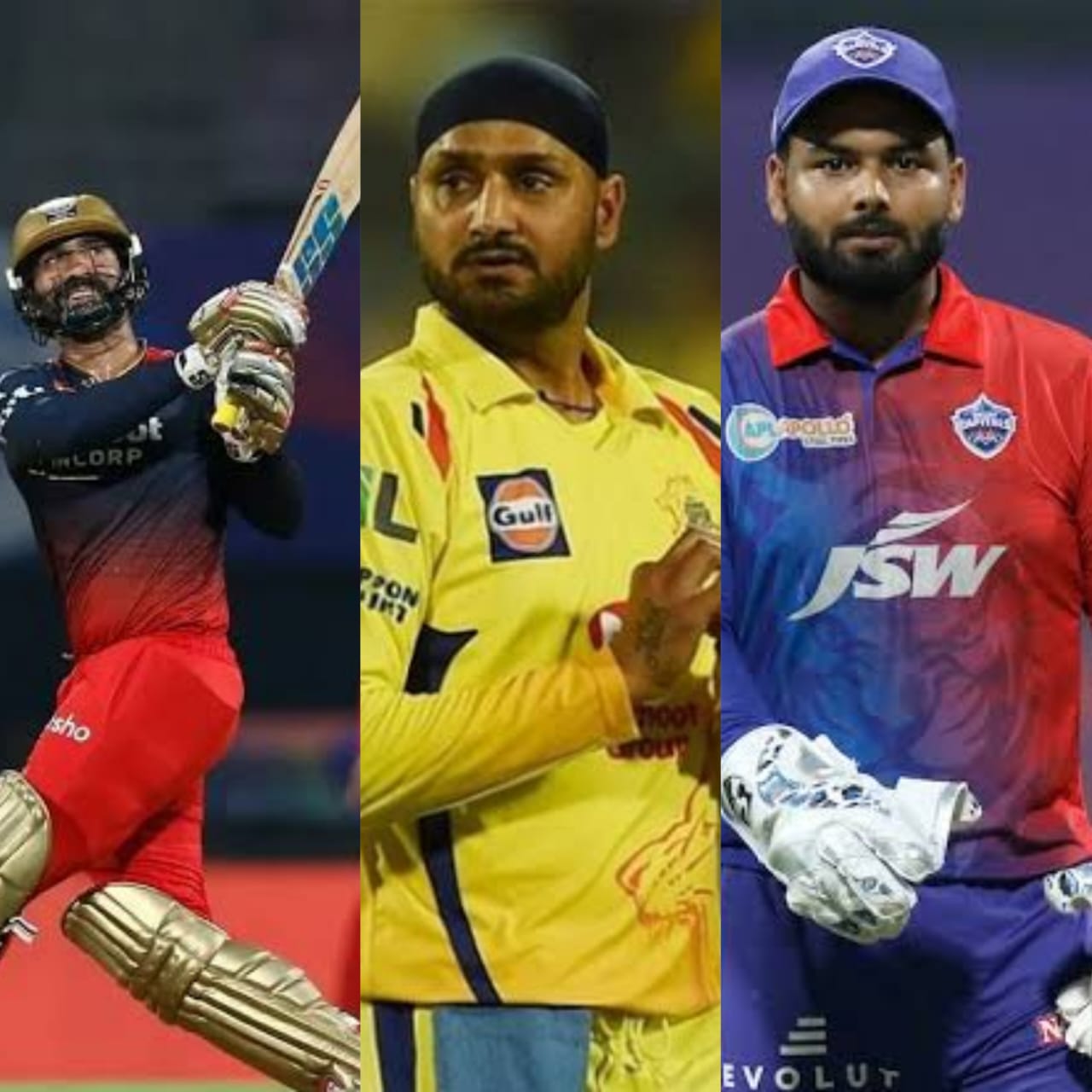 Harbhajan believes that Dinesh can even replace Rishabh Pant based on his form in the ongoing IPL 2022. Former skipper of Kolkata Knight Riders has shown his brilliant batting as a finisher for RCB in the current IPL season. Karthik is currently the highest run-scorer for his current franchise helping with their victories.

Karthik has scored 32, 14, 44, 7, 34, 13, and 66 runs with an amazing strike rate of 205.88. He was unbeaten in six of the seven innings. Harbhajan, who has played under Karthik during his time at Kolkata Knight Riders, highlighted how the wicketkeeper-batter has improved his ability to finish games.

“If we have to consider the form and what he’s doing for RCB, he has been unbelievable with the bat. He was always a good wicketkeeper. Karthik was an unbelievable keeper from Day one. He has now donned the role of a finisher with the bat. Last year, he was quite off-color for Kolkata Knight Riders. Karthik didn’t score too many runs,” Harbhajan told Sportskeeda.

“Karthik got dismissed in a crunch situation. But he’s now helping Bangalore win from that position. He is winning you games… I will put him ahead of everyone including Rishabh Pant. He should be your first choice going to Australia.

“Fast bowlers will get an extra bounce in those conditions. But Karthik is playing the 360-degree game at the moment. He’s been unstoppable and should be definitely included in India’s squad for T20 World Cup. If a player is doing well, he should be brought back into the side, and DK hasn’t performed that bad in international cricket. He needs to be provided consistent opportunities with the Indian team. He will score a lot of runs for India,” he further added.

Karthik himself had expressed a desire to make a return to the Indian team.

“There is a small term goal and there is a big term goal. The small-term goal is to do well for RCB. The big term goal was to play for the country,” Karthik recently told Virat Kohli in an interaction.

“I know there is a World Cup round the corner I want to be a part of the World Cup desperately and help India cross the line. It has been a long time since India has won a multi-nation tournament and I want to be that person who is helping India do that for that you need to prepare differently you need to be aware of so many things,” concluded Karthik.