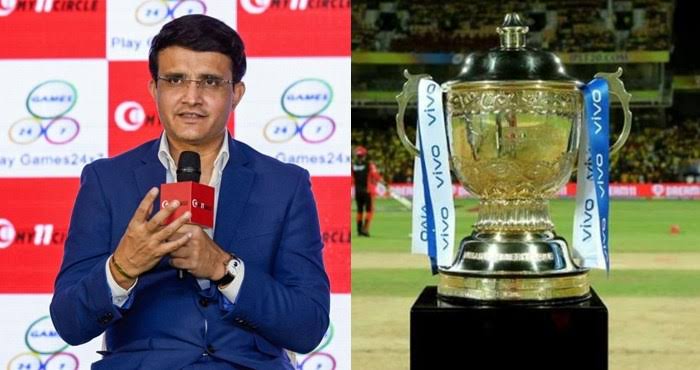 BCCI president Sourav Ganguly has confirmed that the India Premier League group will be played in India ‘unless the COVID-19 hits the roof’.

Ahmedabad and Lucknow will be the two new teams in the Indian Premier League (IPL) 2022 . At least 74 league matches will be played in this edition.

In an interview with Sportstar, Ganguly revealed the group league of the tournament will be held across Maharashtra – Mumbai, Navi Mumbai and Pune. While the venue for knockout games will be taken later.

“It will be held in India this year, until and unless the COVID-19 hits the roof. So far, it has been decided that the IPL will be played in India. As far as venues are concerned, we are looking at hosting the matches in Maharashtra – Mumbai and Pune. We will then take a call on the venue for the knockout stages,” Ganguly said on Wednesday.

There are three stadiums available in Mumbai – Wankhede, DY Patil and Brabourne and also one stadium in Pune. Because of Covid-19 it won’t be an easy task for the officials to host full tournament. Last year United Arab Emirates (UAE) hosted the second half of the tournament.

The mega IPL Auction will be held in Bengaluru on February 12-13. This year 590 Players have been shortlisted for the Auction.