Former Indian batter Virender Sehwag opined that it was a wrong decision to appoint Ravindra Jadeja as the captain of CSK. 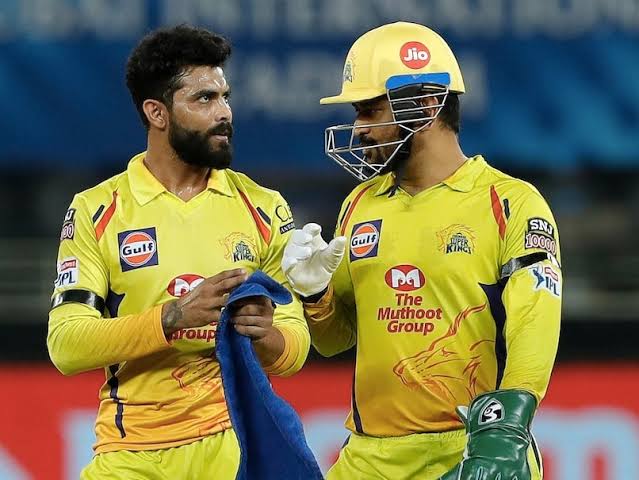 Chennai Super Kings led by MS Dhoni lost against Royal Challengers Bangalore by 13 runs on Thursday, May 4 in IPL 2022 season at the MCA Stadium in Pune. This was the CSK’s seventh defeat out of ten matches played in the current season of IPL. Their playoff chances went down after their loss against RCB. Ravindra Jadeja was appointed as captain at the start of IPL 2022 after Dhoni relinquished the CSK leadership. The pressure of captaincy and team management made CSK win only 2 matches. Then due to poor performance Jadeja handed over the captaincy back to MS Dhoni in halfway the league. Former Indian player Virender Sehwag mentioned that appointing Jadeja as the captain of the team was the ‘wrong’ decision. CSK which was previously led by MS Dhoni won four times in IPL.

“The first mistake they did was at the start of the season when they announced that MS Dhoni won’t be captaining and it will be Ravindra Jadeja. I think that was a wrong decision. Also, I think, if Jadeja was the captain, he should have been sustained for the rest of the seasons,” Sehwag was quoted by Cricbuzz after the match against RCB and CSK.

Virender Sehwag also commented about the CSK’s batting performance. He also felt that Dhoni shouldn’t have given up his captaincy ahead of IPL 2022. CSK would have been in a better position if Dhoni led the team from the start.

“There was no settled playing XI. Ruturaj Gaikwad didn’t score runs in the beginning. The batters didn’t score runs. In one match MS Dhoni scored and in another match, Gaikwad scored. In the match where Dhoni hit boundaries in the last over, that game was also almost lost. They started poorly, and then batters did not score, from there on the season went haywire. If Dhoni had been the captain from the beginning then it would’ve been better and maybe CSK wouldn’t have lost so many matches,” said Sehwag.

Sehwag said Dhoni’s wicket was more important as CSK still had chances to win over 174 run chase. But Dhoni couldn’t withstand Hazelwood’s bowling which was disappointing.

“The most important wicket was of MS Dhoni. When Hazlewood comes on to bowl he does not try to bowl yorkers or bouncers. He bowls at a length where the batters have to take a risk. It is not easy to face him with the bounce he gets from his height,” Sehwag added.

Even big players like Robin Uthappa and Ambati Rayudu have also been dismissed by Glenn Maxwell’s spin which was really disappointing.

“I was surprised that Rayudu and Uthappa, two Indian batters, getting out to the off-spin of Maxwell. The over off which you were supposed to score 20 runs in one over, you ended with a spell of 2-22,” Sehwag added.

CSK was chasing a target of 174 and lost the match. RCB bowlers did excellent bowling by taking off wickets at regular intervals. RCB managed to dismiss their top-order batters and restricted CSK with a score of 160/8 and won by 13 runs.

You may also like IPL 2022: MS Dhoni discloses Ravindra Jadeja’s Captaincy and CSK’s win against SRH