Watson spoke on Dhoni- Rishabh’s skills; they are very different players but both are cool and calm. 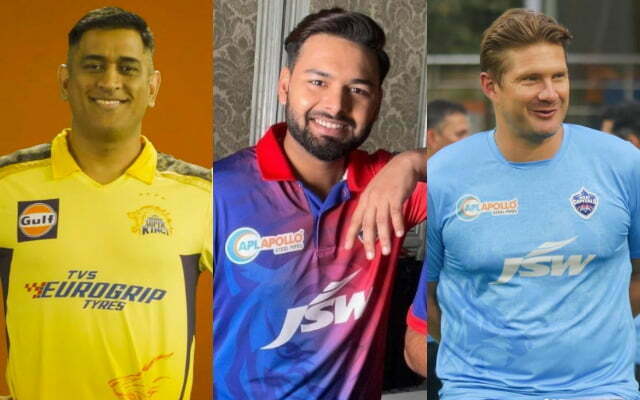 He says, “It is one of the things that public, in general, want to compare apples with apples. Every individual is different and everyone has their own nuance and skillset. I know in a perfect world we can try and compare MS Dhoni with Rishabh Pant.

But Rishabh and MS Dhoni are very different people and cricketers. They have high skills and Rishabh as a leader is very cool and calm and this is what I have seen with MS as well. To be honest, to see the skill Rishabh has alone, take away his leadership.”

Watson was a part of the Chennai Super Kings from the 2018 edition to the 2020 edition. He knows a lot about Dhoni as he has played about him. It is true that one of the most talked-about comparisons in Cricket is Rishabh and Pant.

Both have a similar approach to the game. But as Watson said, both are very different players. The one similarity is being calm under pressure. However, that is a wonderful quality to take decisions in a difficult situation.

Dhoni’s records and success is world known. He is one of the most famous and successful captains around the world. Pant has already broken a lot of records in Test Cricket as a wicketkeeper and batter. Pant is also on the list of the future captain of India specially for his calmness on the ground.

Watson spoke about the eagerness that people have to compare. But he clearly told that both have very different skillsets. He highlighted the similarities and skillsets of both the players. He praised pant for his achievements even before taking the captaincy. Watson also mentioned Ricky Pointing’s effort as a head coach to groom the young players.