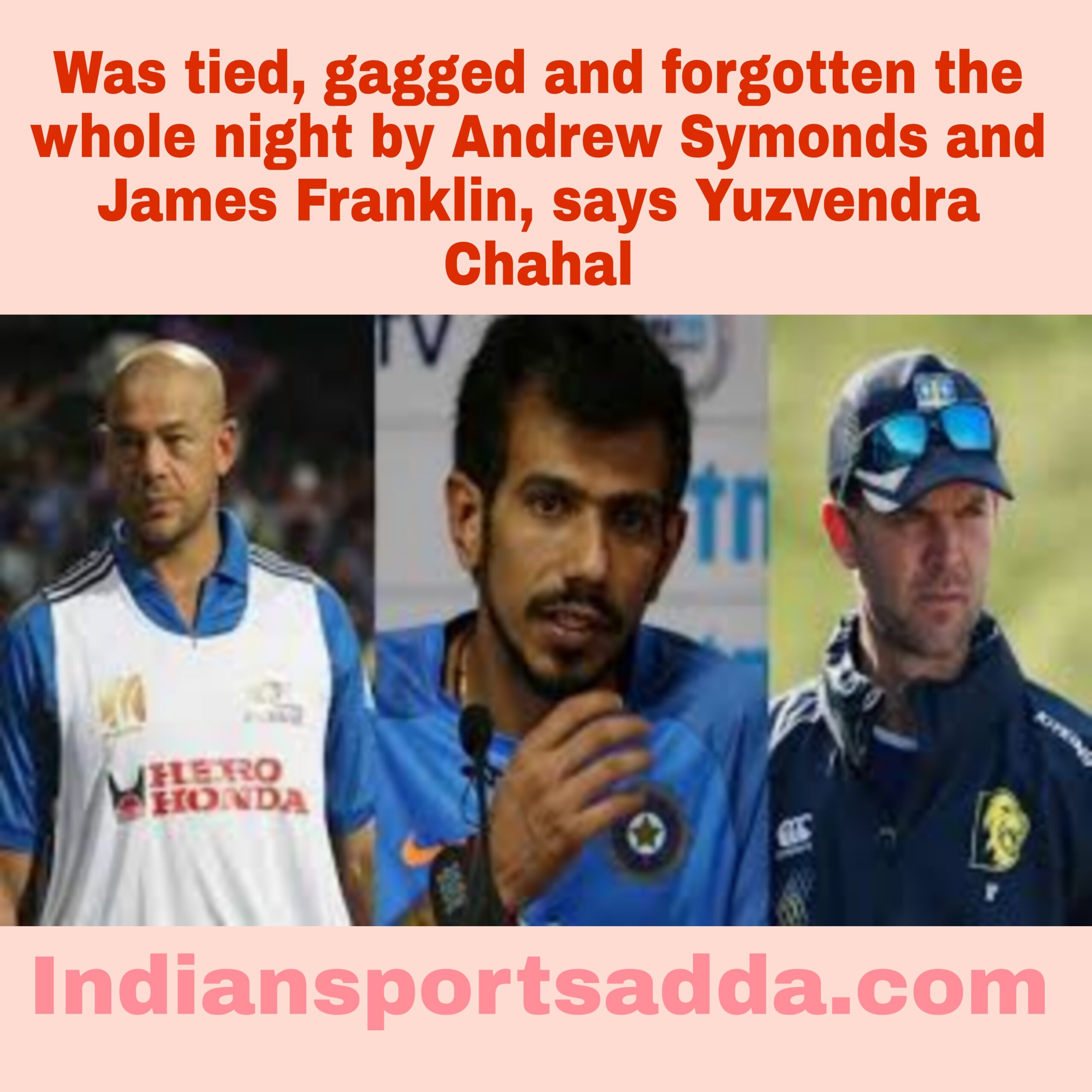 Indian Leg – Spinner Yuzvendra Chalal recently revealed about the physical harassment by James Franklin and Andrew Symonds during Mumbai Indians premier league in 2011. All three were a part of the Mumbai Indians camp in IPL 2011.

Earlier Yuzvendra Chalal, in a podcast published by Royal Challengers Bangalore, recalled this incident. Franklin and Andrew Simonds have tied Chalal’s hand and legs in a room and totally forgot about him for a whole night.

“It happened in 2011 when Mumbai Indians won the Champions League. We were in Chennai. He [Symonds] had had a lot of ‘fruit juice’. I don’t know what he was thinking, but he and James Franklin got together and tied my hands and legs and said, ‘no, you’ve to open [the knots]”.

They were so lost that they taped my mouth and forgot about me completely during the party. Then they all left and, in the morning, someone came to clean [the room] and saw me, and called a few others and untied me. They asked me since when I had been there, and I said, ‘I’ve been here the whole night’. So that became a funny story,” Chalal revealed in the latest RCB podcast.

Taking note of Chalal’s allegation, Durham said “we are aware of recent news reports surrounding an incident in 2011, which involves a member of our staff and the club will speak privately with all parties involved to determine the facts”

Chalal also pointed out that none of them ever apologized for their actions.

The allegation came up to the front after he made another shocking revelation about the incident which took place in the 2013 season with Mumbai Indians, as his drunk teammate hung him from a 15th-floor balcony.

India needs a player of his calibre in T20 World cup – Harbhajan Singh propounded Hardik Pandya
IPL 2022 – RCB vs. CSK: RCB’s Reason Behind the Black Armband during the Match