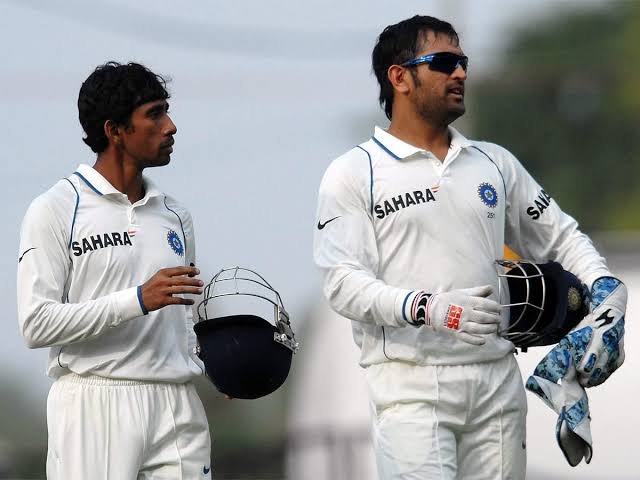 Mahendra Singh Dhoni is an Indian wicketkeeper-batsman, who was captain of the Indian National cricket team.  He was also the captain of Chennai Super Kings (CSK) in the IPL. He announced his retirement from all formats of international cricket. But still entertains his fans through big hits in IPL.

Gujarat Titans wicketkeeper-batter Wriddhiman Saha glorifies Mahendra Singh Dhoni and said that he has learned several things from him. Saha reminisced an incident when he opened the innings with Dhoni during a local tournament in Kolkata.

Saha recalled this event during a conversation video, which was shared on Titans’ social media.

“Mahindra Singh Dhoni is a well-known name. Once we were playing in a tournament in Kolkata a long time ago as Dhoni was also invited to the tournament. I remember Dhoni had recently made his team India debut and he was considered one of the most dangerous ball hitters going around.”

“We opened the innings together and I remember that I was batting on 36 runs and Dhoni was on nine. He said to me ‘take a single and give him the strike’, and before I realized it, I was still batting on 41 and he had completed his century”.

“I have learned a lot from him in the past years and we both share the same temperament while playing the game,” said the Bengal wicketkeeper-batter”.

Dhoni resigned as captain of the Chennai Super Kings on 24 March 2022, before this season opened.

In the 2021 IPL edition, Saha played for Sunrisers Hyderabad. And is now signed by Gujarat Titans for 1.9 crores in IPL 2022.

“Virat Kohli wouldn’t have scored much if I played against him”: Shoaib Akhtar – IPL 2022
“Women’s Cricket has not been given much attention”, Former BCCI chief Vinod Rai