“Women’s Cricket has not been given much attention”, Former BCCI chief Vinod Rai 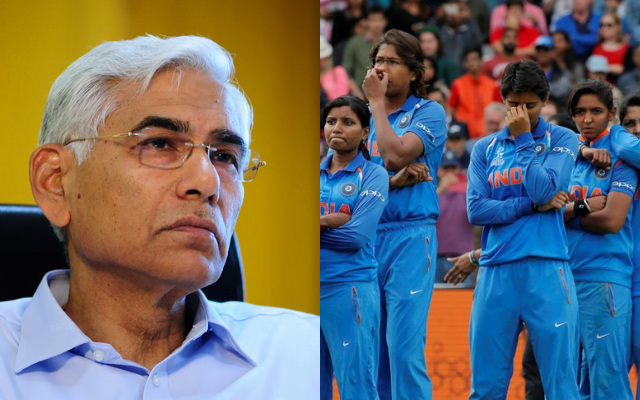 The ICC Women’s World Cup 2017 edition was played in England and Wales. The Indian women’s cricket team gave an outstanding effort with amazing performances. They defeated the mighty Australians in the semi-final. But in the final, they lost against England by nine runs.

Former BCCI chief Vinod Rai has made divulgence about Indian cricket in his new book ‘Not Just A Night watchman’. He detailed his experience during his period of 33-months from 2017 to 2019. Vinod has opened up about his regret of not paying much attention to women’s cricket in India in a recent interview with ‘the Week’.

During the interview, he disclosed the saddening revelation, that the men’s jerseys were re-stitched for women cricketers.

“I do not think women’s cricket has been given the attention it deserves. Unfortunately, women cricketers had not been taken seriously till about 2006, when Mr [Sharad] Pawar took the initiative to merge the men’s and women’s associations. I was aghast to know that men’s uniforms were being cut up and re-stitched for women’s players. I had to ring up Nike and tell them that this was not on and that their design would be different,” he said.

“I sincerely believe the girls deserved much better [when it came to] training, coaching facilities, cricketing gear, travel facilities, and finally, match fees and retainers. That was lacking and we tried to rectify it,” he added.

He further added that the women’s team dint get food at the hotel. They only had samosas during the semi-final against Australia. Women’s sports gained attention only after Harmanpreet Kaur’s record-breaking 171.

“My regret was that I had not given due attention to women’s cricket till the match in which Harmanpreet [Kaur] scored 171* in the 2017 Women’s World Cup [against Australia]. She told me: “Sir, I was cramping so I had to hit sixes as I could not run much!” They were told at the hotel that they could not get the food they were supposed to, so they had samosas for breakfast that morning!”

After the 2017 Women’s World Cup, women’s cricket started getting instant recognition. They showcased amazing performances in the future ICC Women’s T20 World Cup and reached the finals of the 2020 edition. Mithali Raj and the team played well in the 2022 edition but unfortunately, dint make up for semis.