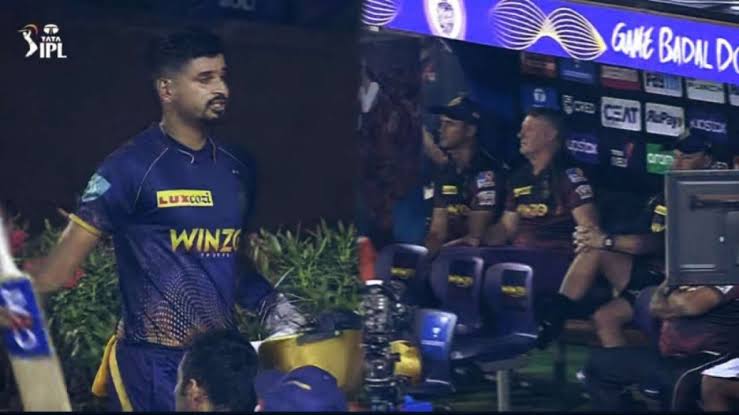 It assumes that he was not satisfied for the batting order. Shivam Mavi and Sheldon Jackson were promoted ahead of Pat Cummins. Few days ago Pat Cummins destroyed Mumbai Indians bowling attack. He scored 56 from 15 balls and changed the match completely. KKR won the match because of Cummins ‘s unbelievable innings. It was suicidal decision not to promote Cummins yesterday match. Because of this he expressed his disapointment to head coach Brendan McCullum.

Earlier in the match, Jos Butler’s magnificent century helped Rajasthan Royals to reach huge total 218. Chasing this total , KKR were doing very well and one stage they scored 163/1 at the end of 15th over. But RR spinner Yuvendra Chahal’s one over changed the scenario completely. Chahal took 4 wickets in an over with a hat-trick. KKR lost the match by 7 runs.