Ravi Shastri discusses the problems of being a head coach and he confirms that he is not interested in the England team’s coaching job. 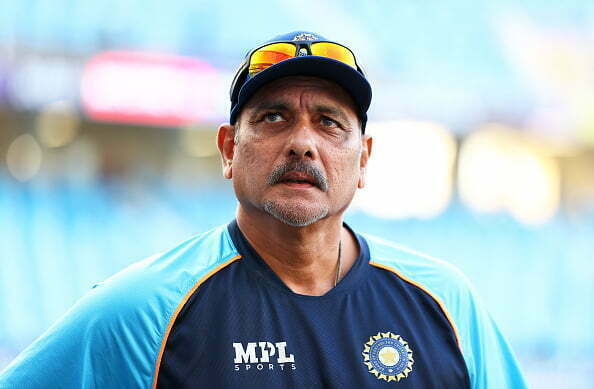 Former cricketer Ravi Shastri has played a role as an Indian head coach from 2017 to 2021. In an interview by The Guardian, Shastri said that coaching India comes at a price with 1.4 billion people judging you all the time and always with a toll. He also said it is a full-time job with 300 days a year’s duty. And staying there for seven years was quite challenging.

When asked if he would be interested in filling the vacant England post. Ravi Shastri has confirmed that he is not interested in taking the England head coach job. Chris Silverwood stepped down from the head coach position.

Ravi Shastri on a discussion about England captaincy:

Ravi Shastri said “Oh no, no, don’t go down that route. Seven years with India — a full-time job, 300 days a year, 1.4 billion people judging you every day — takes its toll. Good luck to anyone who lasts that long.”

Joe Root is giving up the Test captaincy for England. Most people consider the captaincy job best suited for all-rounder Ben Stokes of England. Ravi Shastri believes that captaincy can fire up stokes, even more, to give a better performance on the field.

“The adrenaline of captaincy — not that he needs it — could fire Stokes up to be something even more than the incredible player he is now. The important relationship is with the captain — the moment there is friction, things go downhill. But they will be fine because the England I saw last year, they have enough talent and skill to compete. There’s no doubt about that in my mind. It’s all about their mindset,”

“Test cricket is the purest form of the game and, if the guys are fit, hungry, you jolly well look in that direction. Every country makes this mistake, looking too far ahead. It’s too easy to look 100ft away and lose the plot by not backing the guys who have been there and done it,” said Shastri

You may also like Ravi Shastri recalls: off from commentary – seven missed calls from BCCI, “Instantly my job changed”!!