Former India all-rounder Yuvraj Singh has backed Rishabh for the next Test captain of the Indian cricket team as his performance improved. 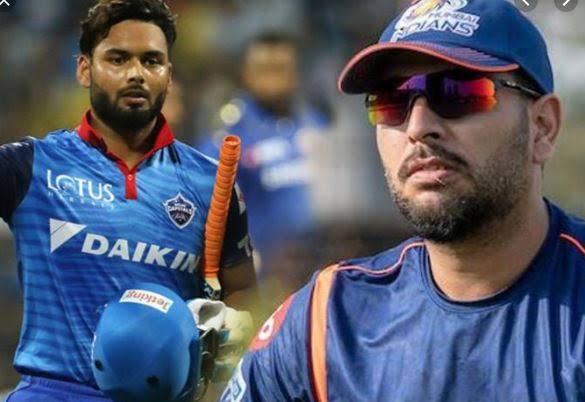 Former India all-rounder Yuvraj Singh has backed Rishabh Pant to become the next Test captain of the Indian cricket team. Wicket-keeper batter Pant has been one of the most consistent performers. Rishabh is seen as one of the potential captaincy candidates for the future.

Rohit Sharma was confirmed after Virat Kohli relinquished his duties after India’s 1-2 drubbing against South Africa. The Board of Control for Cricket in India (BCCI) has appointed Rohit Sharma as the full-time captain. Age being a major factor, Rohit Sharma has only a few years more and India will need someone for the future.

Speaking to Sports 18, Yuvraj Singh highlighted MS Dhoni as he had not captained even at the domestic level before being India’s T20I skipper. Yuvraj Singh recommends it would be the right time to give Rishabh the responsibility and he can handle it nicely.

“You must get someone ready. Like Mahi became captain out of nowhere but they made him, right! Then he evolved. Keeper is always a good thinker because he always has the best view on the ground,” Yuvraj Singh said

“You pick a young guy who can be a future captain, give him time, and don’t expect miracles in the first six months or a year. I feel you must believe in the younger guys to get the job done,” he added.

Pant is currently leading Delhi Capitals in the ongoing Indian Premier League 2022. Last year IPL 2021 Rishabh led his team to playoffs. Yuvraj believes Pant has matured over the last couple of years and even his performances were improved.

“I was immature at that age; Virat was immature when he was captain at that age. But he (Pant) is maturing with time. I don’t know how the support staff thinks about it, but I think he is the right guy to lead the Test team,” said Yuvraj.

“You already have four Test hundreds already and you can do that. In terms of best wicket-keeper batsman, I see Rishabh could be the future legend,” Yuvraj concluded.