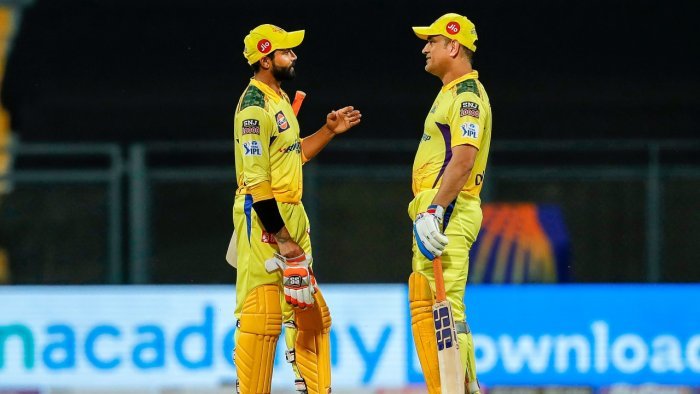 Mahendra Singh Dhoni was again handed the responsibility of being a captain for the Chennai Super Kings on Saturday after Ravindra Jadeja “relinquished” the captaincy to focus on his game. Chennai Super Kings are currently in the ninth position. They have just scored 4 points with miserable performance in all the 8 matches so far in the ongoing edition of IPL 2022.

MS Dhoni had led Chennai Super Kings to four IPL titles and gave a shocking announcement of stepping down from his captaincy role just two days before the first match of IPL 2022. After that Ravindra Jadeja took over the lead, CSK struggled a lot for winning just two out of 8 matches.

Jadeja’s love affair with runs and wickets continued at IPL 2021. And he was the highest-paid retention for CSK ahead of the 2022 edition of the league. The outstanding all-rounder has been retained for INR 16 crore. Earlier, he became the third retained player by CSK ahead of the IPL 2018 Player Auction. Jadeja has always been MS Dhoni’s ‘go-to-man’ and he has delivered superior performances. Jadeja’s performance in IPL 2008 helped Rajasthan Royals to title victory and was called the nickname “Rockstar” by his captain Shane Warne. In 2021, he scored 227 runs with a strike rate of 145.51 with the highest score being 62.

Jadeja had few drawbacks with the new players and options in the team after his captaincy. Even though CSK acquired Deepak Chahar for a high bid in the auction, he couldn’t contribute to the team due to his injury. Then Raina played an instrumental role in CSK’s success over the years. Then the franchise released Raina ahead of the current season. Raina is one of the leading run-getter of all time in the IPL with 5528 runs in 205 matches.

“In an ideal world, till 2020, it was Raina who was always the natural successor to Dhoni having led whenever he has been injured. But when he lost form and was released, CSK didn’t have a second line of leadership ready,” an IPL insider told PTI on conditions of anonymity.

But in the ongoing IPL 2022, even Jadeja’s own game has also suffered from both bat and ball. And this is due to the pressure of captaincy and responsibility. He has scored just 112 runs in 92 balls at a strike rate of 121.7 and also took five wickets in eight innings at an economy rate of 8.19. He hasn’t yet scored a single fifty.

Thus, CSK has taken a decision and announced that Dhoni will continue as the CSK skipper again.

“Ravindra Jadeja has decided to relinquish captaincy to focus and concentrate more on his game & has requested MS Dhoni to lead CSK. MS Dhoni has accepted to lead CSK in the larger interest & to allow Jadeja to focus on his game,” the statement from CSK.

Chennai Super Kings CEO Kasi Viswanathan on Saturday spoke to NDTV. And he said that it was the team management’s decision and the process will be “smooth”.

Ahead of the 2022 edition of the league, MS Dhoni was one of the four retained players by the franchise. And he was retained for a sum of INR 12 crore. A batting powerhouse, MS Dhoni possesses the ability to destroy different bowling attacks on his own. He was the face of Chennai Super Kings for the first eight editions of the league. Dhoni led the team to win two titles (2010 & 2011) and four runner-up finishes. After that CSK was banned for 2 years. Again Dhoni-led CSK from 2018 to 2021 and won the trophy in 2018 and 2021. Dhoni had one of his best years with the bat in the IPL in 2018 and scored 455 runs at a strike rate of 150.66 to help CSK win the title. It seems nothing can happen in CSK without MSD.

All MS Dhoni fans and cricket lovers are happy with the change in captaincy. Everyone is looking with hope for the developments in CSK in the next upcoming matches.