It was an emotional decision to make Rohit Sharma captain in Test cricket, feels Yuvraj Singh 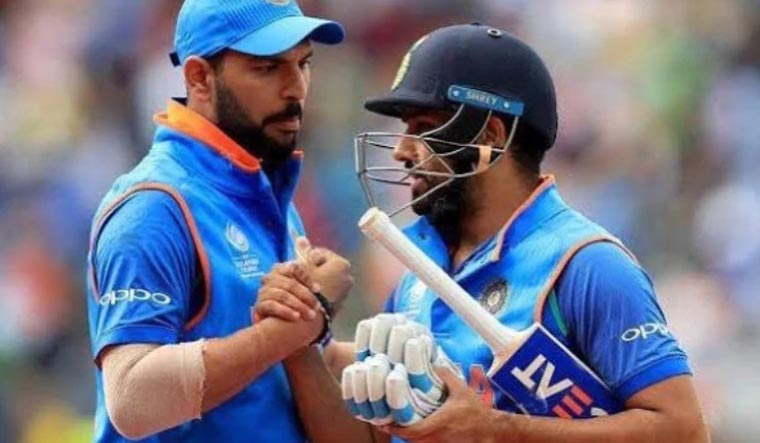 Even though BCCI had various options like Rishabh Pant, KL Rahul, Jasprit Bumrah, and R Ashwin to choose from, Rohit become a vital member of the Test side for the last couple of years. And he was appointed as the vice-captain of the Test team in earlier December last year. He has become a mainstay next in the top order to take over the captaincy after Virat Kohli. While Rohit already had the responsibility of the ODI and T20I team and his appointment as Test captain was self-evident. And Rohit’s first assignment was in March earlier this year when the Indian team started off well defeating Sri Lanka by a huge margin. However, former India cricketer Yuvraj Singh was not fascinated with the choice of the announcement.

However, during his conversation interaction on Home of Heroes on Sports 18, Yuvraj opined that Rohit is an excellent leader as Yuvraj had played under his captaincy for MI. Yuvraj feels Rohit should have been appointed as white-ball captain a long time ago.

“Excellent leader. I played under him when I was playing for Mumbai Indians. Very good thinker, and a very good captain. Rohit should have been the captain at least in the white-ball cricket a while ago. But since Virat was doing so well and the team was also doing well it wasn’t easy,” Yuvraj said.

The decision of making him the test captain was an emotional one. Yuvaraj feels that with Rohit getting injured a lot, captaincy will add pressure on him along with his fitness and his age.

“I felt it was an emotional decision to make him a captain in Test cricket. When they made him captain it was announced subject to fitness. You cannot announce your Test captain subject to fitness. He is getting injured a lot. He is at that age where he must look after his body,” said Yuvraj.

“It will add pressure to him on Test captaincy as well. It’s been only a couple of years since he started opening the innings in Test cricket. He has been playing well. Let the guy focus on his batting in Test cricket. I hope he enjoys it, it’s not easy standing for 5 days in the park,” Yuvaraj further added.