They took Dhoni in 2019 WC but many great players didn’t get support : Yuvraj 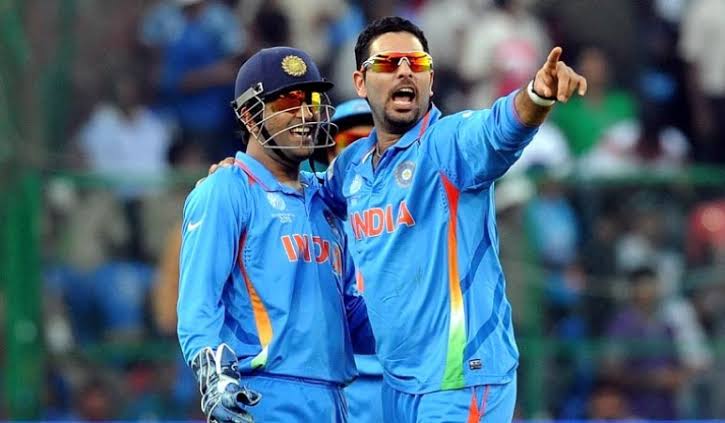 Former Indian batsman Yuvraj Singh played a significant role to win 2007 T20 world cup and 2011 world cup. His all-round performances helped India to lift the world cup for second time after 28 years. He scored 362 runs including one hundred and four fifties, also grabbed 15 wickets. Former southpaw was awarded Player Of The Tournament award for his outstanding performances throughout the World Cup. Where as in 2007 T20 world cup, his fastest fifty against England still remains world record. He hit six sixes against British pacer Stuart Broad in that match. In the semi-final his explosive batting blown away Australia from the world cup.

Speaking on the show Home of Heroes on Sports18, Yuvraj Singh said he was very low in confidence during 2014 T20 world cup and he felt he might be dropped from the team.

“During the T20 World Cup in 2014, I was very low on confidence. There was an atmosphere that I could get dropped. It’s not an excuse but I wasn’t getting enough support from the team. From the time of Gary, I was in Duncan’s era and things had completely changed in the team,” Yuvraj Singh said.

He also recalled his knock in 2014 T20 world cup final against Srilanka where Yuvraj scored 11 from 21 balls. In that match India scored only 130 runs and Sri Lanka had chased it comfortably.

“When the final came, I just couldn’t hit the ball. I tried to hit the off-spinner and I couldn’t hit it and it went for dots. I tried to get out, I didn’t get out….Everybody thought my career was over after that. I also thought my career was over. But that’s life. You have to accept that. If you accept glories, you must accept your defeats as well and you must move forward.” former southpaw revealed.

Yuvraj Singh says MS Dhoni got lots of support towards the end of his career :

Former world cup winning member also told that there were many players who didn’t get support like MS Dhoni as he got support from Ravi Shastri and Virat Kohli at the end of his career.

“Definitely when you have support from the coach and the captain it helps,” Yuvraj said.
“Look at Mahi (MS Dhoni) towards the end of his career. He had so much support from Virat and Ravi Shastri. They took him to the World Cup, he played till the end, and went on to play 350 games. I think support is very important but in Indian cricket everybody will not get support.” He also adadd.

He also revealed after 2011 world cup many things were changed.
“There have been great players like Harbhajan Singh, Virender Sehwag, VVS Laxman, Gautam Gambhir who didn’t get that (support). When you are batting out there and you know that the axe is hanging on your head how will you concentrate and bat and give your best. It is not an excuse but with different coaches and after 2011 times are very different,” he added.