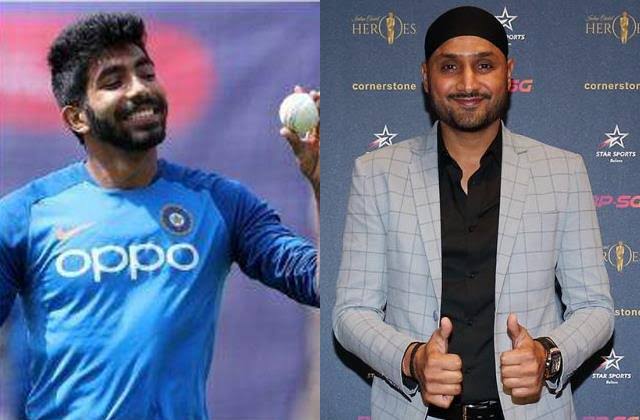 Umran Malik is one of the net bowlers of the Indian Premier League who clocked 157kmph against Delhi Capitals. He now holds the record of bowling the fastest delivery of the 15th edition of the T20 league to date. It is former Australia speedster Shaun Tait who holds the record of bowling the fastest delivery in the history of IPL with 157.71 and Umran Malik is just behind him with 157.0 kmph. Umran Malik has picked up 15 wickets for SRH in 10 matches played so far with a four-wicket haul in a match against Punjab Kings and a 5- wicket haul against Gujarat Titans. His bowling is fast targeting the stumps with much better control over his line and length.

While talking about Umran, Harbhajan Singh said that the SRH pacer is his favorite. And he should be part of the T20 World Cup in Australia.

“He (Umran Malik) is my favorite, I want to see him on the Indian team because what a bowler he is”. Harbhajan said to reporters on Friday after ‘DreamSetGo’ became the Official Travel Agent of the ICC T20 World Cup in Australia.

“Tell me anyone bowler who bowls more than 150 (kmph) and is not playing for the country. So, I think it is a great thing and he will inspire many youngsters to take up this game. Where he has come from and what he is doing in IPL, he has been unbelievable,” Harbhajan added.

See also  If Umran Malik controls his length with pace then he can play for any team, says Glenn McGrath

Harbhajan further said that if he had been a member of the selection committee he would have selected Umran. Also, Umran should partner with Jasprit Bumrah in the T20 World cup for a bowling attack.

“And I don’t know whether he will be selected or not. But if I was part of the selection committee, I would have given a go-ahead. Umran Malik should partner Jasprit Bumrah when India plays in Australia (for T20 World Cup),” said the former off-spinner.

Harbhajan said the legendary batter Sachin Tendulkar has also played for India at a young age. Even he put himself as an example for considering the age factor.

“I am sure he (Umran) will also learn, he’s a promising cricketer and I hope he gets selected and plays for India,” Harbhajan said.

“When Sachin (Tendulkar) played for India, he was very young. Of course, he was Sachin Tendulkar, but that’s okay, ‘aise hi player bante hai’ (players are made like this).

“When I played my first Test, I was 17 and a half, but if you keep on thinking that he is a kid, then time will run out. When he is bowling at his best, he should be playing. Forget what his age is, when someone is performing well and is fit enough, they should walk in,” said Harbhajan.

Umran Malik has gone wicket-less in his last two matches. But he will soon recover from the rough patch and amaze his team.