MI pacer Basil Thampi has now recollected the legendary MI mentor Sachin Tendulkar’s talk to him after his poor performance in the match. 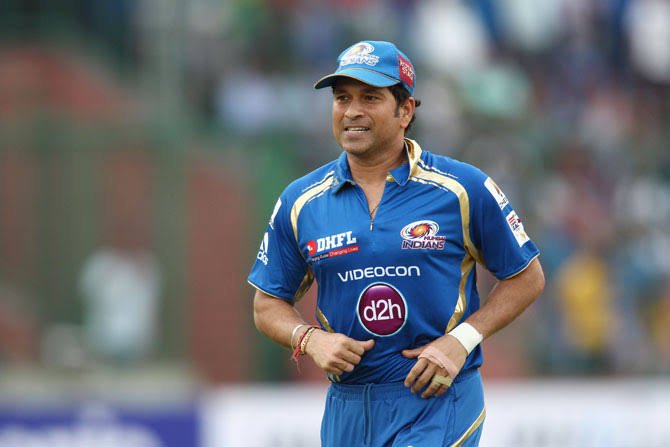 The Mumbai Indians are the most successful team in IPL, while five-time title champions are in a bad situation in the current 2022 season. MI is at the bottom of the points table with only two wins in 11 matches. The MI was the first franchise to get out of the playoffs race in the tournament. MI was inconsistent with batting, bowling, and fielding.  Jasprit Bumrah is the only pacer who regained his form and is supportive to the team amongst the other fast bowlers. Other MI Indian pacers like Jaydev Unadkat and Basil Thampi, were not effective and played five games each with an economy rate of 9.50. Jaydev Unadkat(6) and Basil Thampi(5) took 11 wickets among them which is lower than the expected to win over other teams.

The God of Cricket, Sachin Tendulkar is an inspiration and dream of many upcoming young players throughout the world. The Master blaster had various records of batting in the last two decades. Not only he is a star in batting, but he also analyses the dominance of the bowlers.

In a video by Mumbai Indians, MI pacer Basil Thampi has now recollected the legendary former India batter and MI mentor Sachin Tendulkar’s talk to him after his poor performance in one of the games in IPL 2022.

“I had a bad game, and I got a message from the doc (the doctor) that Sachin sir wants to meet me. I spent like.. Forty minutes with him and we talked about cricket. We covered everything,” Thampi recollected in the video posted by the franchise on its official YouTube channel.

Basil Thampi also talked about Zaheer Khan and Shane Bond, who were part of the MI support staff.

“Zak (Zaheer) sir and Bondy (Bond) sir were talking about how they prepare for the game. How they react to the situation. They were really very very friendly to talk to and you know, whenever we have time, we can message them,” said Thampi.

The Mumbai Indians will be playing for pride in the rest of the tournament. MI will play against Chennai Super Kings on May 12 in Wankhede Stadium, Mumbai.

Also, Read | Which match was the turning point of sachin’s life ? Read Here :

“The batters let us down today” : Rohit Sharma criticised the batters for the defeat against KKR
Virat and Rohit adviced me not to think about high price tag : Ishan Kishan