“The batters let us down today” : Rohit Sharma criticised the batters for the defeat against KKR 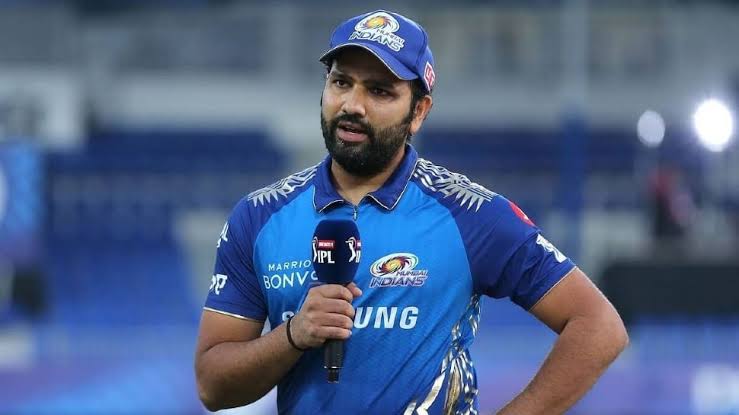 Rohit Sharma led Mumbai Indians faced ninth defeat in the ongoing IPL tournament as they lost to KKR on Monday night at Wankhede Stadium. The franchise wants to forget this year as they are placed in the bottom of the table with only two wins.

After winning the toss, MI skipper elected to bowl first and restricted KKR on 165. Jasprit Bumrah’s firey spell didn’t allow last year finalist to score big. Fans hoped that MI will chase this total easily as they had Rohit, Ishan, Pollard. But Surprisingly MI batting line up collapsed and they managed to score 113 only and lost the match by 52 runs. In this match, MI middle order batsman Suryakumar Yadhav didn’t play as he has been ruled out for the remaining matches of the IPL.

The batters let us down : Rohit Sharma

“We’re playing our fourth game here so we know what to expect from a pitch like that. There were a few balls that took off, but that happens. We know seam bowlers will get help, but we didn’t bat well, didn’t get partnerships and that was something missing from our side today,” Rohit Sharma said.

“Looking at how they batted in the first 10 overs, I think they were 100 in the first 10 or 11 overs, but the way we came back was brilliant. Bumrah was special. Great effort from him and the entire bowling unit. The batters let us down today. That’s been the story for us. The consistent performance from both departments has been missing. We couldn’t do it today,” he concluded.

Watch| IPL 2022: “I smiled because I felt like I have seen everything now” – Virat Kohli on his golden ducks
Watch | IPL 2022: I spent forty minutes with Sachin sir after a bad game , says MI pacer