Virat and Rohit adviced me not to think about high price tag : Ishan Kishan 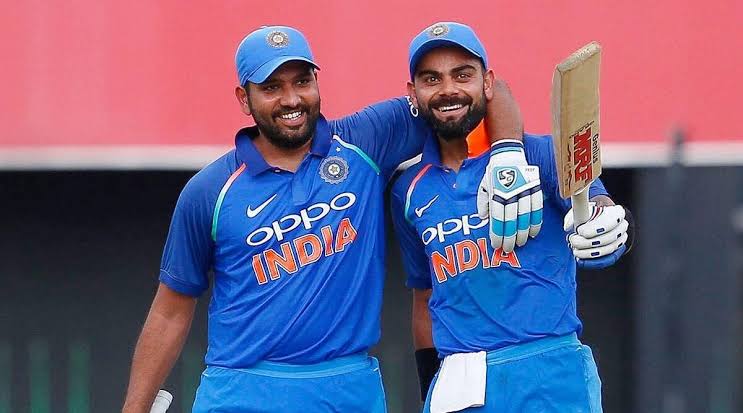 Mumbai Indians opener Ishan Kishan revealed how Virat Kohli and Rohit Sharma adviced about high price tag pressure on him. He became talk of the town as MI bought him at a whooping price of 15.25 crore in the IPL mega auction. Five times IPL champion Mumbai Indians expected from him some dynamical show but Kishan has not performed brilliantly in the ongoing edition of the cash-rich league.

Pocket dynamite Ishan Kishan began his IPL journey with back to back fifties but after that his performance went down. It affected the franchise very much. He has scored 321 runs with a strike rate off 117.15 where as in 2020 he scored 526 runs with an average off 57.33 and strike rate of 145.76 , which helped the franchise to win their 5th title.

He also accepted that high pressure tag will remain on one’s mind for few days but Indian Team seniors have advised him not to think so much about that.

“The pressure of the price tag will be on you for a maximum of 1-2 days after the auction. But at this level, you have to understand that I can’t keep such things in mind and I only have to focus on how to help my team win. The pressure of the price tag certainly will remain for a few days but when you have such good seniors around you, when you keep talking to them, it helps,” Kishan said during a media conference quoted by IndiaToday.

“When I spoke to Rohit bhai, or even to Virat Kohli bhai during the game against RCB and Hardik bhai, everyone told me the same thing ‘you don’t have to think about the price tag’ because it’s not something I have asked for. The team had belief in me, so they did spend the money,” he added.

It’s more important to think about the game rather than price tag : Ishan Kishan

“Instead of thinking about the pressure of the price tag, it’s important to think about my game and being in the zone. So talking to the senior players really helped. They have played the game for so long and handled different situations. For them also, at some point, the auction price would have gone up. So I learnt how they handled the situation then,” said the youngster.

However, Mumbai Indians has already been eleminated out of the race of playoffs. They are looking to win all the matches to finish the IPL with some high momentum.