IPL 2022: “He is going to be an all-format player for India” – Rohit Sharma gives a big statement on this youngster

Rohit acclaimed young Tilak Varma that he will soon play in all formats representing the country with his amazing performance in the game. 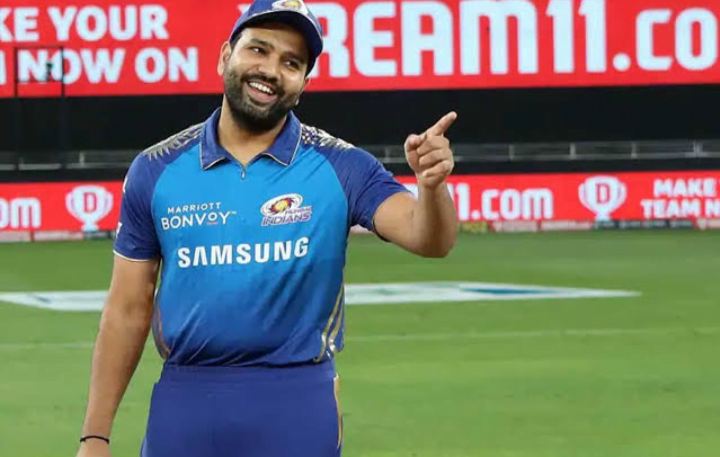 Mumbai Indians registered an amazing win by 5 wickets with 31balls to spare against its arch-rivals Chennai Super Kings. CSK was collapsed for 97 runs by brilliant bowling from Daniel Sams at the start of the innings and support from other MI bowlers. While MI chasing an easy total of 97, the new MI team played a blasting knock. In the start, MI lost four crucial wickets in the power play with a score of 36/4 in 6 overs. The young Tilak Varma scored 34 runs off 32 balls unbeaten has broken the hopes of CSK to the playoff. Tim David hit 2 sixes at the end as winning runs.

Rohit Sharma – statement after the match:

After the match, MI skipper Rohit Sharma said that there were some tense moments after losing the wickets initially. And they won the match being calm.

“Looking at how the pitch was playing and to lose wickets upfront, there were tense moments in the middle. It was just about keeping calm and getting the job done. We were a little calm and got the job done in the end.”

“We have played a lot of cricket here. We’ve had pitches like this. It’s nice to get bowlers into the game as well at times. It’s been batting-friendly all over, it was good to see bounce and swing from both sides which was good to watch.”

Rohit Sharma further said that they will try out different player combinations to their winning future matches.

“We are keeping one eye (on the future), we want to win games and at the same time we try out certain players. There are options that we still want to try” said Rohit Sharma

Also, Rohit Sharma acclaimed Tilak Varma for his performance and involvement in the team MI. Further, he mentioned that Tilak Varma will soon play in all formats representing the country.

“Tilak has been brilliant, playing for the first year and having such a calm head is never easy. I feel he’s going to be an all-format player for India pretty soon. He’s got the technique and temperament. A lot of things are looking bright for him. And there’s hunger as well. He’s on the right path”. Rohit said in Star Sports

“(On Bumrah) He knows what he needs to do and what the team expects him to do. He understands, magnificent spell upfront. (On Pollard) He’s been a stalwart, he came out and said that he’s okay with that” said Rohit.

Tilak Varma spoke about the way he felt about India and MI captain Rohit Sharma when he met for the first time.

“When the first time I saw Rohit Sharma, I got goosebumps on my arm. I wanted to hug and convey my admiration for him but I was very surprised and nervous when I saw him and at the same time I was a little scared too to interact with him. I am very lucky to play for Mumbai Indians because they had legendary cricketers in the team like Mahela sir and Sachin sir. And I am very lucky to be picked by the MI team as I got to learn a lot and also got a chance to implement them in the matches” Tilak said on the MI TV show on Star Sports.

IPL 2022: –”It might be coming to end… Jadeja at Chennai” Says Former England Cricketer
MI vs CSK | Kireon Pollard dropped from playing XI on his birthday ; Rohit Sharma explains